A weekend of Belgian beer in Brussels 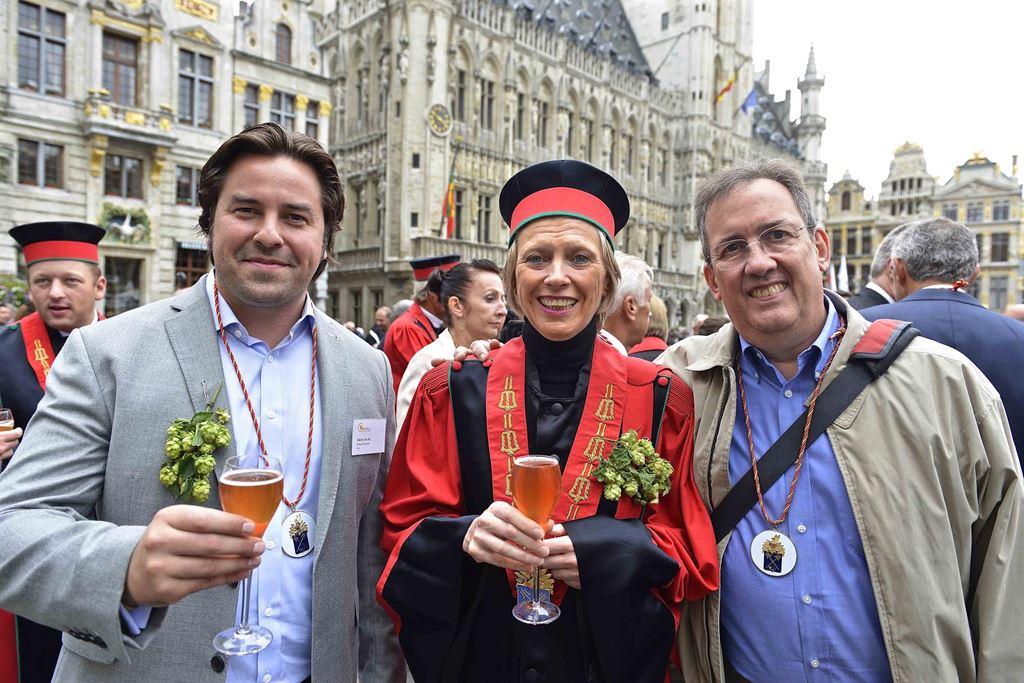 BRUSSELS - The first weekend in September is highlighted in the diaries of many beer lovers, who head to the Grand Place in Brussels to find that great public space converted into one giant bar.

It is the centrepiece of the Belgian Beer Weekend, an initiative of the National Brewing Federation, the Belgian Brewers for short.

This organisation now counts around 100 breweries as members, accounting between them for over 90% of the beer brewed this beer-obsessed country.

This year’s Belgian Beer Weekend was the 17th. Forty-four breweries took part, serving up over 400 beers for tasting.

The Grand Place in Brussels is transformed, as the people unite around their love of a good glass of beer.

‘Between pot and pint’, as they say in Belgium, a huge variety of languages can be heard.

Beer loosens the tongue, and many new friendships are made at the bar. Amid the crowds, members of one confrérie (brotherhood) promote their beloved St-Feuillien, while nearby L’Ordre du Faro preach the virtues of this traditional Brussels lambic beer. The message is simple: enjoy this opportunity to dive deep into Belgian beer.

This is a brewers’ party and they take advantage of the occasion to introduce their latest creations.

They come out from behind their kettles, desperate to know how their new IPA/barrel-aged scotch/lambic/tripel or Trappist is going down with the public.

The drinker has a lot of choices to consider before making a decision. The connoisseurs might like to search out an exclusive brew or some extreme flavour, whereas your average beer lover tends to stick to the tried and trusted.

However, at the Belgian Beer Weekend, even he may veer off the well-trodden path, tempted by a stallholder who knows how to promote his wares or rumours about an exciting new beer. 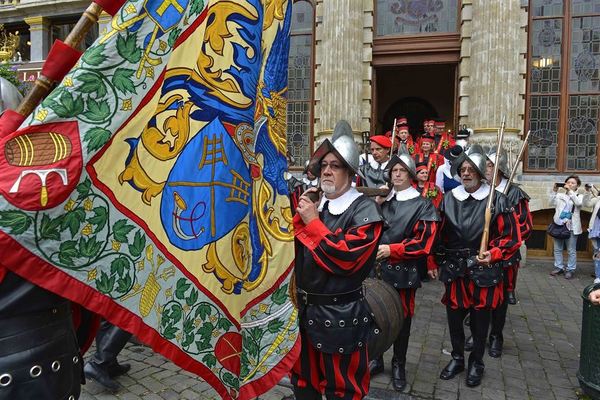 Belgian beer is now an established international success story. On average, 62% of the production of Belgium’s breweries is exported. Belgian beer has grown into a world brand. Ask what our country is famous for and the answer will invariably be, beer.

The Belgian Beer Weekend also has a passport these days, following the beer trail as far as Japan. There, the festival has attracted 200,000 visitors to events in a number of cities.

Back home, Belgian brewers are building for the future. The industry today employs 4,500 people, and ten times more than that indirectly.

There are 168 (recognised) breweries producing over 1,000 beer brands. In 2014 Belgian breweries made investments to the tune of €180 million, and were worth €2 billion to the economy of this small country.

Such a flourishing sector of the economy merits a splendid visiting card, perhaps even its own palace. That’s on its way.

The Belgian Beer Palace is taking shape underneath the scaffolding at the former Brussels Stock Exchange just a stone’s throw from the Grand Place. This beer experience centre will open its doors in 2019.

But as part of this year’s Belgian Beer Weekend, the ‘loungy’ Apero Bar at the rear of this majestic building offered a small taste of what awaits inside. Groups of friends exuberantly shared large bottles, assisted in their choice by a beer sommelier. 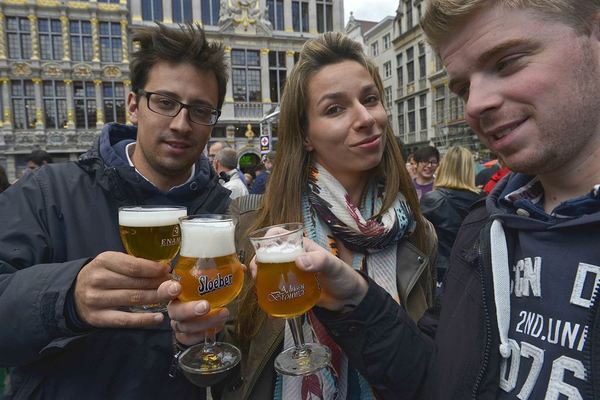 Among all this change centuries old traditions still have a place: the Belgian Brewers are the heirs of the powerful brewing guild that was formed in the 14th century. It is no coincidence that the Federation’s home is the historic Brewer’s House (1698) in the Grand Place in Brussels.

And the Knights of the Mash Staff, as some of the members are called, is a reminder of this cast-iron tradition. The knights represent the honour and reputation of the brewing trade.

The Belgian Beer Weekend traditionally opens with the blessing of the beer in the Cathedral of St. Gudula, followed by the solemn enthronement of the new Knights of the Mash Staff in an ornate function room at Brussels’ Town Hall.

Who can be awarded this honorary title? Those who have shown exceptional merit in advancing the brewing trade or who can be ambassadors for Belgian Brewers.

This year, among the new knights were Yvan Mayeur, the Mayor of Brussels, the Japanese Ambassador and Jeff and Roy More, owners of Ashley's restaurants in Michigan and organisers of Ashley's Belgian Beer Festival. Their hearts are all beating for ‘beer from here’ 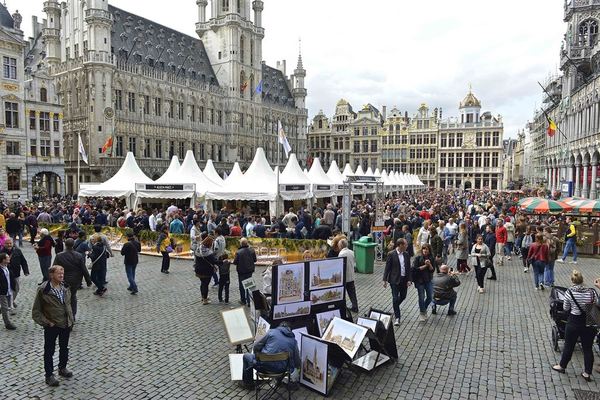 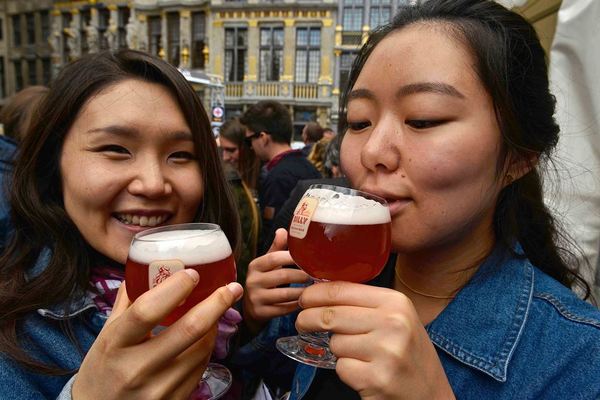 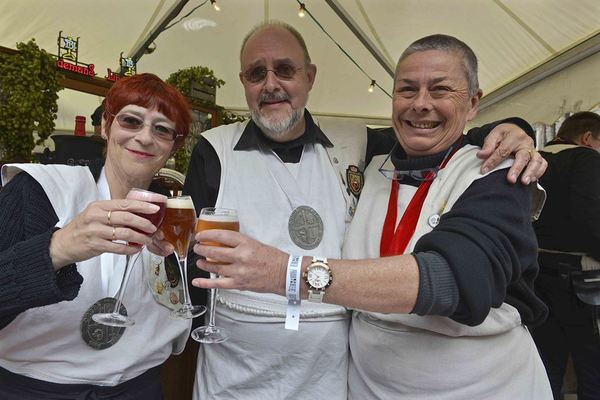 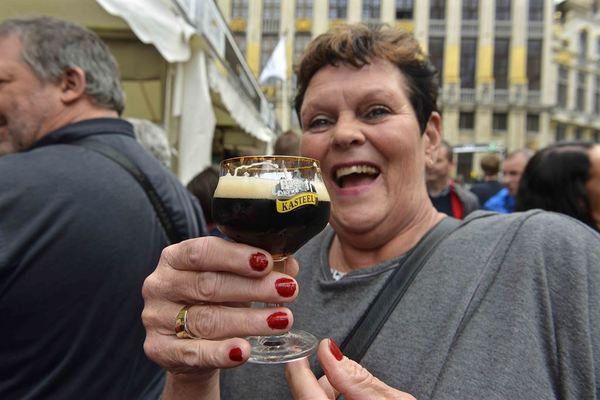 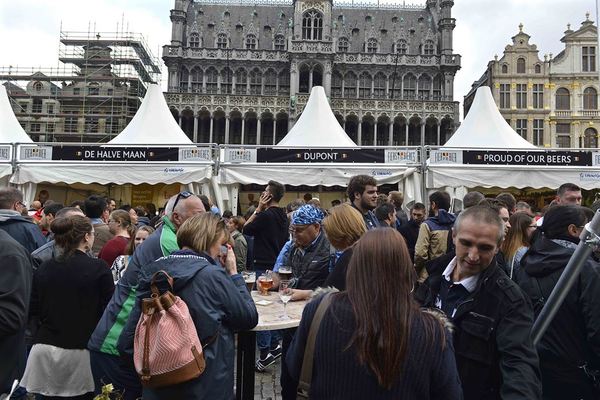 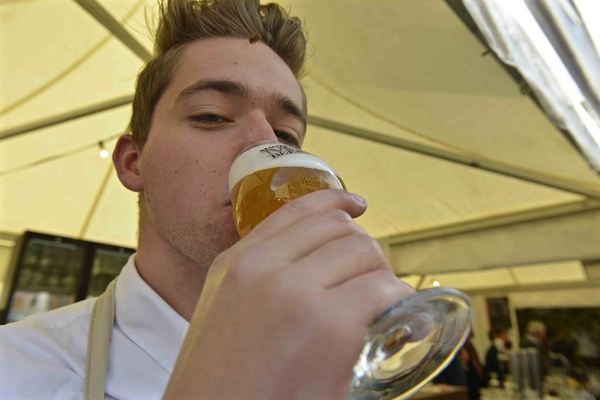 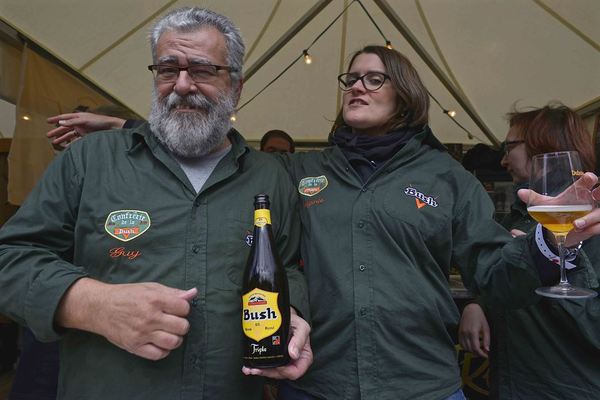 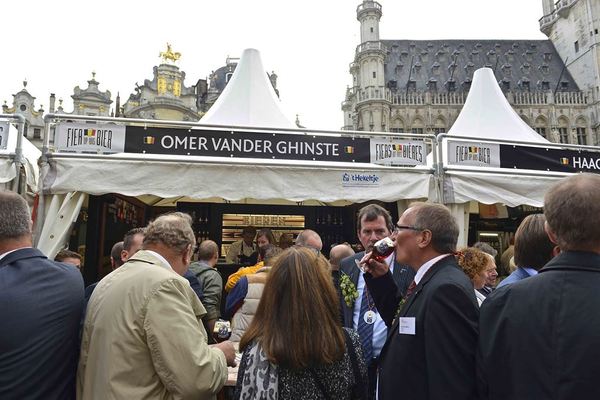 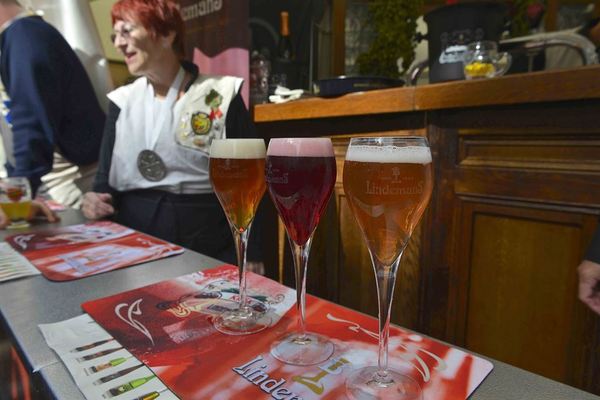