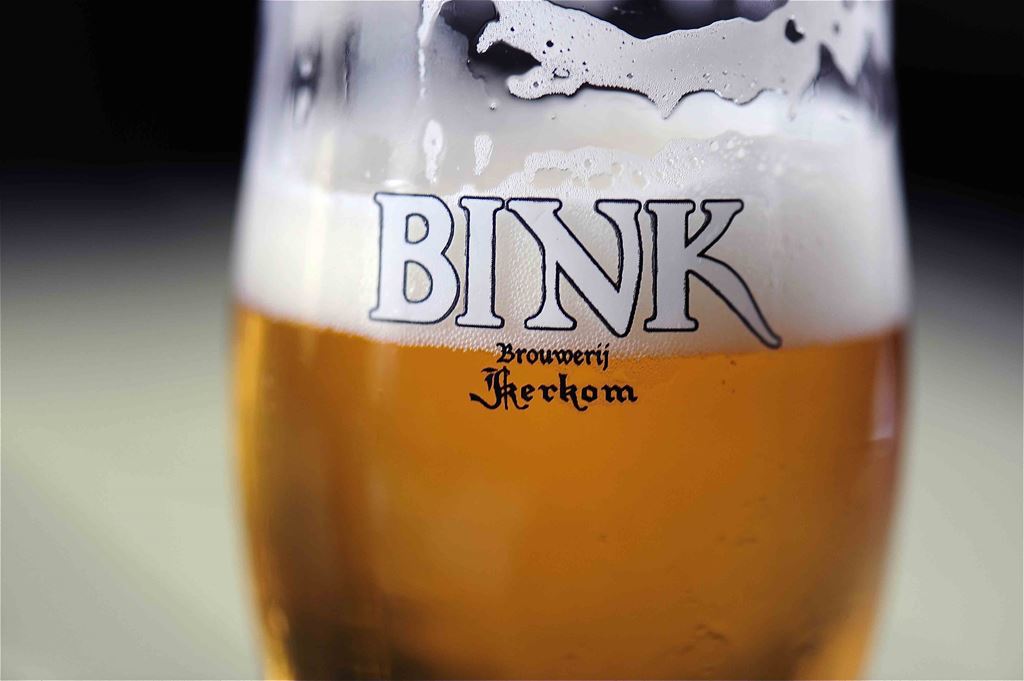 HASSELT - This city definitely is a tasty destination. Despite its size it’s a surprisingly diverse city with a wide choice of restaurants and specialty shops, perfect for those who want to explore on foot. My culinary journey of discovery starts at the edge of the town, in Luc Bellings’ starred restaurant.

The chef is taking a brief pause between getting in provisions and producing the next ‘coup de feu’ as we discuss taste and regional products. “We have the best fruit in the world,” asserts this native-born Haspengouwenaar.

Luc likes to work with regional products such as Achels cheese from the Catharinadal dairy, which is steeped in the nearby abbey’s Trappist beer. “Also, I regularly add beer to my sauces, for example using a Duvel or blonde Leffe in a white fish sabayon,” Luc tells us. “Limburg produce is alive and kicking!"

Over here we serve the better Limburg wines such as the chardonnay from Château Genoels-Elderen from the village of the same name in Haspengouw. And after the meal, enjoy some speculaas from Hasselt with your coffee and have a jenever or an eau de vie from the chateau as a digestive.” Specialties such as 'Hoeveijs' (farm-made ice cream), 'Maaseikse knapkoek' (a crunchy biscuit) or 'Bakkemiekesvlaai' (fruit pie) from Neeroeteren, stewed pears from Hoepertingen or a goat’s cheese from Peer - Luc is happy to use any or all of these.

He uses jenever as part of a milkshake as well as serving it with a coffee. His menu often includes Hasseltse speculaas (a spiced biscuit) and the ice cream made from it. I begin to salivate and speed my way towards the town centre. 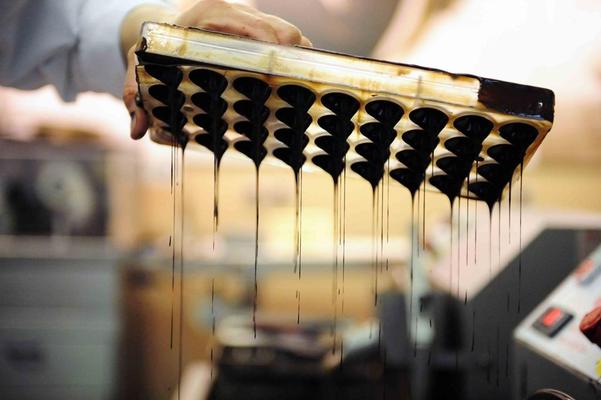 The Zuivelmarkt or dairy market, is one big terrace lined with trendy champagne and wine bars. I make my way to 'Poeskaffee' on the Botermarkt in search of a ristretto. The coffee bar was recommended to me by Luc Bellings, who told me that Belgian cyclist Tom Boonen is a frequent visitor whenever he is training in the region.

The little Raamstraatje used to waft with the smells of ‘liquid bread’ when the Smeets distillery was in full operation. The equipment has now been dismantled and transferred to the jenever museum.

Most discerning visitors will simply melt away when faced with the creations of chocolatier Boon, just around the corner. I watch the master at work in his open, glass-fronted workshop before he treats me to a praline with smoked jalapeno and chilli. It’s quite hot, admittedly, but very recognisably based on chocolate.

What, in his opinion, is the big secret to making good chocolate? “The sugar content,” is the chocolatier’s response. “As sugar is the least expensive ingredient it’s easy to overdo.

Chocolate can form an interesting combination with other, unusual tastes but you need to know where to draw the line. Personally I am not enamoured with chocolate tasting of fish or oysters.” I taste his Hasselt cocoa jenever while he pours his chocolate and speculaas jenever into small glasses. 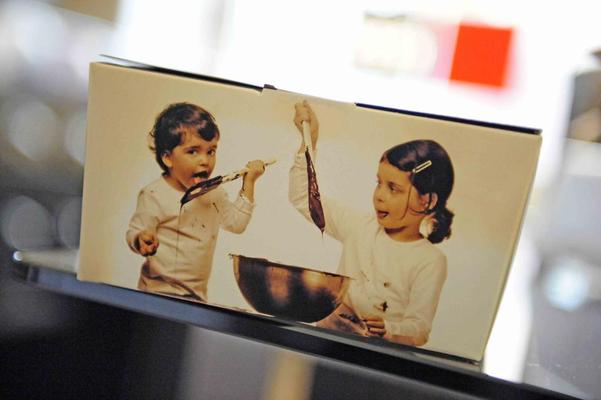 My odyssey comes to an end with a visit to Patisserie Cools in the Kapelstraat. I order genuine Hasseltse speculaas based on a 150-year-old recipe. The basic mixture has remained unchanged: cinnamon, speculaas herbs, butter, flour and brown sugar.

The “spek-lââs” from Hasselt is fairly thick so people talk about a “homp” (a chunk) of the stuff.

This thickness has an impact on the taste, which is not quite as spicy, and, hidden below the crispy crust, there is gooey pastry. The Hasselaars distinguish between “goei” (top of the range) speculaas, containing almonds, and speculaas – without them. I’ll have a helping of both! 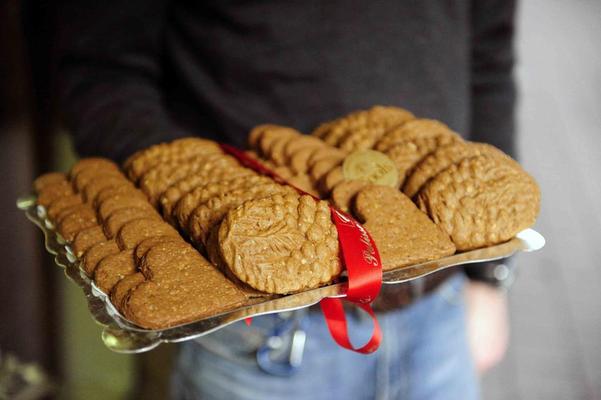 What About the Beer?

Hasselt is the proud home to a number of regional beers. On the edge of town you will find the no-longer-used but still imposing abbey of Herkenrode, situated in its green oasis. Amble through the herb garden and then taste the abbey beer, brewed by Sint-Jozef’s in Bree.

This brewery is best known for its Ops-Ale and Pax-pils beers. Martens in Bocholt packs a punch with a very hoppy 'Sezoens'.

And in Ter Dolen you can try the castle beers of the same name. As you quest further afield for rare beers, you may come across Den Toeteleler from yes, microbrewery Den Toeteler, or their speculaasbier, made with spices normally used for baking this delicacy.

A little bit further on, you will come across the Wilderen brewery-distillery where you will find Wilderen Goud, Kriek and Tripel Kannunik. The Kerkom brewery with its Bink is just a stone’s throw away and Limburg would not be Limburg without the omnipresent Cristal Alken, one of the first pilsner beers ever brewed in Belgium. 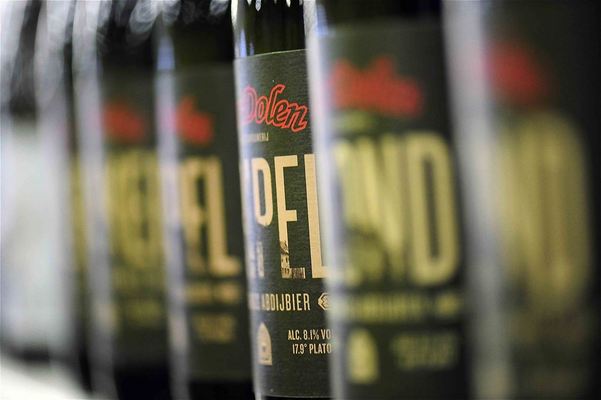 From the late 16th century people have been producing a spirit from fermented grain mash using barley, rye and malt. Jenever was flavoured with juniper, star anise, caraway, coriander, hyssop or fennel among a variety of additions. This is how the Hasseltse graanjenever was created.

This Belgian gin offers a unique interaction between the characteristic taste of grain spirit and the aromas of herbs and juniper berries. The alcohol in the jenever is obtained by heating grains (barley, rye, maize or wheat) that are ground into a coarse flour in the distillery and then mixed with water to form a mash.

The grains start to sprout and this process converts starch to sugar. This creates a sugary mix, the wort, which is left to ferment.

The yeast converts the sugars to alcohol producing a distillable, alcohol-rich substance. “Unfortunately, jenever has a slightly mixed reputation,” says Jan Kempeneers, employed by the Nationaal Jenevermuseum as a home distiller.

“It was more popular with the lower classes and does not really have the status of a whisky or cognac. What’s more, at the start of the previous century, the Vandevelde law imposed strict limitations on jenever consumption.” 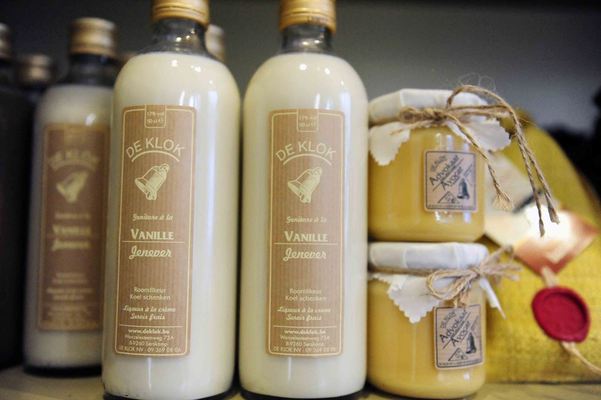 The distiller pours me a glass of his delightfully mild old jenever, aged for 13 years, estered in Limousin barrels with controlled oxidation. Hasselt has close ties with the jenever industry.

In the Nationaal Jenevermuseum you can discover the history and the production process of Belgian jenever. There you can also have a taste of real Hasseltse jenever and pick up a route map for the Jeneverroute. 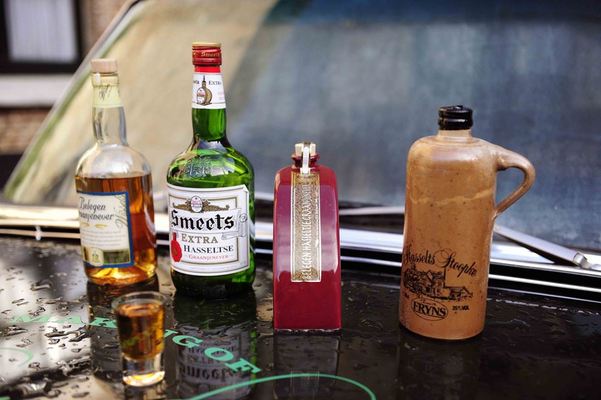