The Ambierorix beer festival in Tongeren parties for its 10th birthday 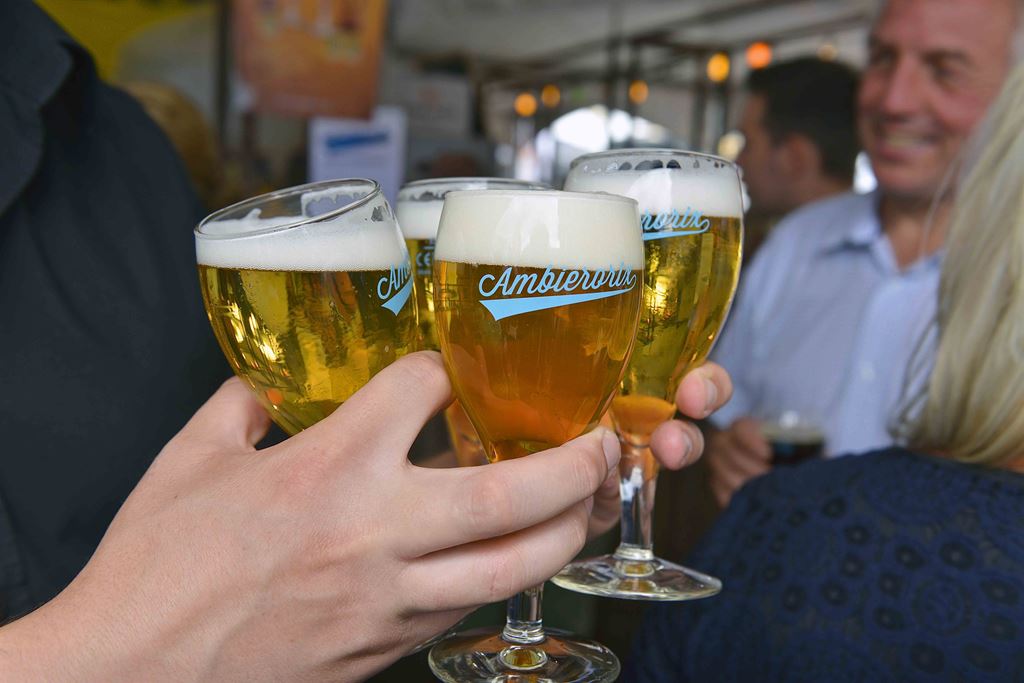 TONGEREN - "Am-bier-orix". Tongeren’s annual beer festival is the undisputed champion in the most difficult name competition. In Belgium we learnt about Tongeren at school.

The oldest city in the country grew out of a Roman settlement, was surrounded by tumuli (Roman burial mounds), and defensive walls, most of which remain standing to this day.

The punning name of the festival is soon shortened to the more familiar, Ambiorix, the name of the legendary leader of the Eburones tribe, who destroyed a Roman legion in 54BC and somehow managed to escape the resulting anger of Julius Caesar.

These days you can admire this ancient Belgian warrior in all his splendour in the Grote Markt, the city’s impressive market square.

His statue appears to be making a beeline for the robust tower of the Basilica church.

It’s a great story, but where’s the beer in all this?

Tongeren’s beer hunting season is declared open on the first weekend in August. Twenty-five breweries and beer firms set out their stalls in the market square, serving well over 100 beers between them.

The splendid surroundings of Grote Markt, the Basilica – a protected UNESCO World Heritage Site – and the City Hall are thrown in free of charge. And we haven’t even mentioned the relaxed and convivial atmosphere that this city has in spades - it’s no surprise that each year around 5,000 beer lovers amble along to Ambierorix. 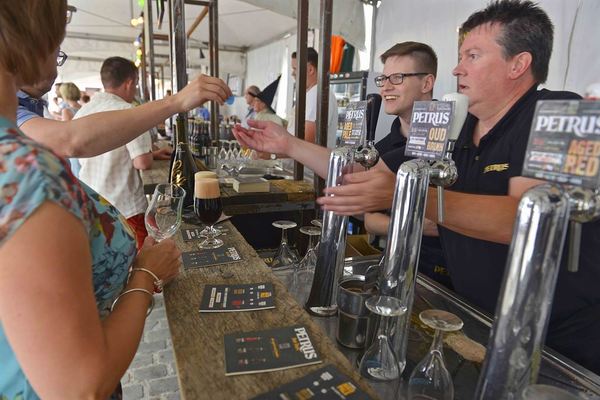 The names on the posters change from year to year. Dupont is promising to join the line-up in 2017. But this year there were booths from Brasserie du Bord de Mer, De Brabandere, Van Honsebrouck, Silly, Van Steenberghe and Coccinelle.

Amburon Belgian Craft Brewery is new to the market. This brewery, the spiritual child of Davy Daniëls, showcased its range of Tongeren city beers: Tungri Bitter and Tungri Blond.

The name is reminiscent of the oldest settlers of this, the oldest city in the country.

And Belgium wouldn’t be Belgium if there were no beer-related delicacies to enjoy. How about an ice cream made with Tungri Bitter?

Brasserie de Jandrain-Jandrenouille highlighted their unfiltered blond Hornes triple, brewed with European and American hop varieties, with which it is also dry hopped.

You can choose from Petrus Oudbruin, Aged Red or Aged Pale. Toetëlèr, known for its elderflower beer, introduce their Toetëlèr Speculoos. Silly Rouge from Brasserie de Silly is a blend of their scotch ale and cherry juice.

BOM Brewery scoops the award for the most original beer names. Will you plump for a Triporteur Kinky Berry, a Total Loss, a Bling Bling Imperial King or will it be a Wild Killed in Action?

The latter is a light session beer with dry hopping and added wild yeasts. 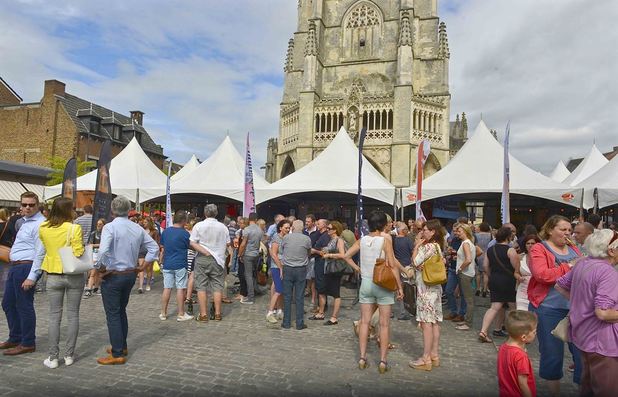 Shaking hands, kissing cheeks, and making toasts. There is no getting away from it for a beer festival organiser on a busy day such as this. Nevertheless, Davy Daniëls finds time to talk to Beer Tourism.

How did it all start in Tongeren? “In 2006 we had 15 brewery stands,” Davy tells us. “Around 1,000 visitors found their way to a beer festival that was held in the parking lot of my parents’ drinks store on the outskirts of the city.

When the main market square was re-built five years ago, we made our home there. We have managed to reach a wide audience with an increasingly international flavour.

You can combine a visit to our beer festival with the Sunday morning antiques market and sightseeing in Tongeren. View the Basilica, pay a visit to the Gallo-Roman museum and the beguinage....”

There are more exciting times ahead for Davy. In September the starting shot will be fired on his own Amburon Belgian Craft Brewers brewery. The Tungri Blond and Bitter will be followed by a Dubbel.

He is also planning his first batch of seasonal beers, including a morellenbier brewed with krieken cherries and matured in oak barrels. Will it be launched in the summer of 2017? Davy answers very firmly; “No! around April, when the trees are in full bloom.” We will take him at his word.