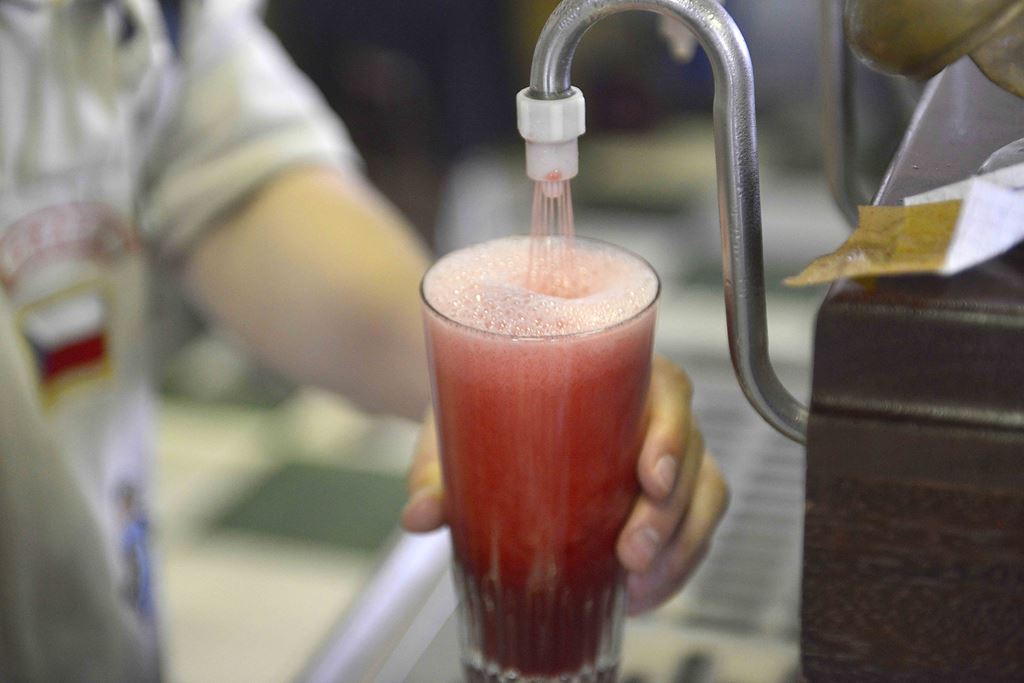 ITTERBEEK - It’s 7am on a Sunday morning at the Timmermans brewery (established 1702). I am here to participate in the Toer de Geuze, a legendary Belgian beer experience that takes place every two years.

This is a special day indeed; the only day when all the artisan lambic breweries and gueuze blenders in and around Brussels open their doors to the public.

It’s the ideal occasion to discover at the source how spontaneous fermentation works, to compare the big breweries with the smaller ones, and last but not least, to taste and compare young with aged lambic, savour traditional kriek and oude gueuze.

This early on a Sunday morning there is no trace yet of the huge masses of people – more than 10,000 are expected - who will flood the participating breweries later today.

It is unbelievable how quickly and completely a nearly extinct beer style has bounced back into popularity.

Watching the brewer at work is a real blast from the past; a glimpse at how ancient machinery and techniques still serve a purpose in a digital and automated world. Witnessing the production process is as unique as the beer being created in front of my eyes. 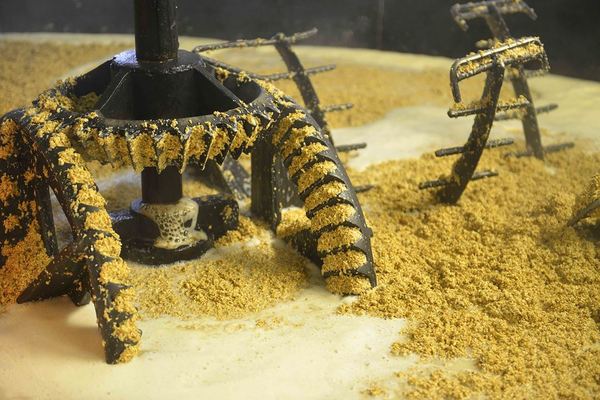 Visitors to the event will have a hard time deciding where and when to take their first selfie. Mechanical arms dance in the kettles, copper blades cut the warm gruel, while steel claws rise from the mash.

The kettles are filled to the brim as the first foam starts to develop on the surface. This is brewing at a superbly skilled level.

At set times the temperature is measured, the first time we see 62°C appear on the screen, we will end up between 72°C and 78°C.

This is the temperature at which the starch is released by the mashed malt pellets. This starch will be the source of the sugar that will eventually feed the wild yeasts.

We are at the beginning of May and this is probably the last brew that will be produced until September. As soon as the temperature outside starts to rise, the risk of contamination by bad, unwanted bacteria gets too high.

Pretty soon now the wort will be filtered out of the mash using nothing more than the power of gravity, to end up in yet another kettle, where it is boiled with the hops.

For young lambic the cooking process takes two hours, for old lambic it will take up to four hours. Once this process comes to an end the hot wort will be guided to the open koelschip to cool down and let the wild yeasts do their work.

These bacteria, from the Brettanomyces genus (sometimes called Brett), are considered a nuisance by most brewers, but here the flavours they produce are a vital part of this unique beer style. 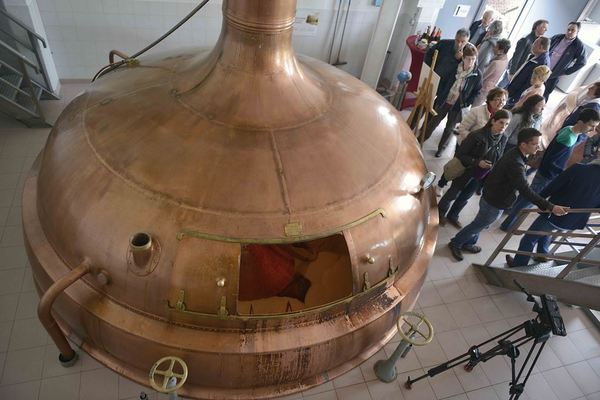 A few kilometers further on in our ‘Toer’ we find the Lindemans brewery, a very active player on the export front and a big name when it comes to both gueuze and lambic.

Due to the enormous overseas demand for its beers, the brewery has recently expanded its annual capacity to 17 million litres.

Lindemans is now available in 45 countries worldwide, with France and the US their largest export markets.

I see the new storage room, bottling line and packaging department. There were no half measures taken in preparing this brewery for the future.

There is brewing to be watched, and visitors line up to look through the viewing windows of the kettles to see the magic happen.

Last time I was here the koelschip was just being filled, and in no time I found myself in a virtual sauna with steam preventing me from taking pictures.

Most of the lambic breweries and gueuze blenders are located on the western side of Brussels in the vicinity of the river Zenne, and this is the location of the iconic Boon brewery.

Candidates for a guided visit line up to see the recently re-built and expanded brewing hall, officially opened and which I reported on only two years ago.

I find myself wondering amongst row upon row of foeders, knowing that each of these giant lambic-filled barrels has its own story, its own aromas and its own tastes. 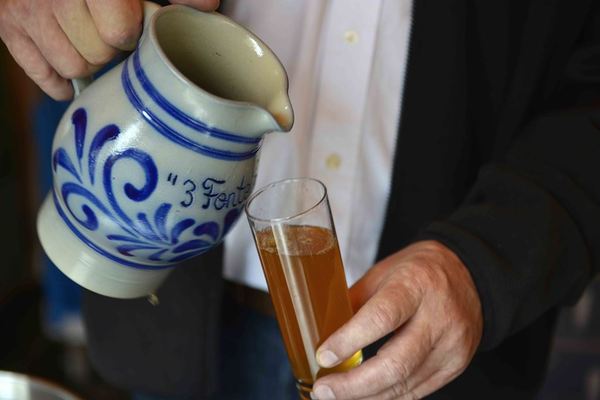 The iconic 16th-century painter, Pieter Breughel the Elder, would be in awe to see that almost nothing has changed since the days when he was painting and drinking lambic in and around the Pajottenland.

We are at Oud Beersel, where they are demonstrating how to adjust and mend wooden basins, just as they have done for hundreds of years.

Across the street we see how special events are celebrated in Flanders just as they were in Pieter Breughel’s time… I follow an endless stream of visitors lured by the smell of roasting meat, and am offered a wide variety of gueuze to taste… hospitality is more than just a word around here.

Not much later - and very well fed - I walk around the beautiful cellars where the wooden foeders take the starring role in a timeless feature film.

I end my personal Toer de Geuze at 3 Fonteinen, where a couple of opera singers welcome me with a goose-bump raising performance.

Lambic brewer Armand De Belder keeps his cool under the close attention of large crowds of mainly American and Italian visitors. Only a few years ago, De Belder had to stop brewing because of a faulty thermostat. Today he has bounced back and, like other local brewers, he can’t keep up with demand.

Tired but extremely content I say goodbye and start heading home, knowing that I will be back for the next Toer de Geuze in 2017. 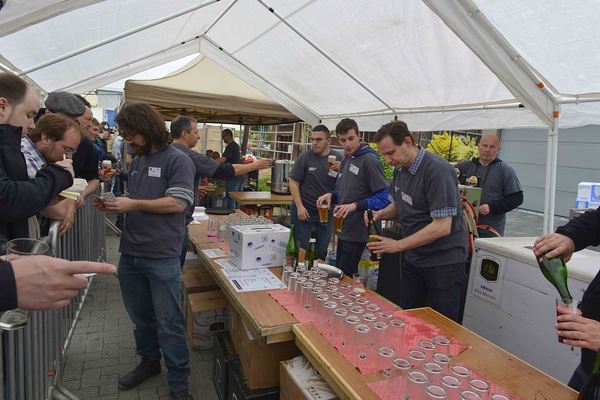