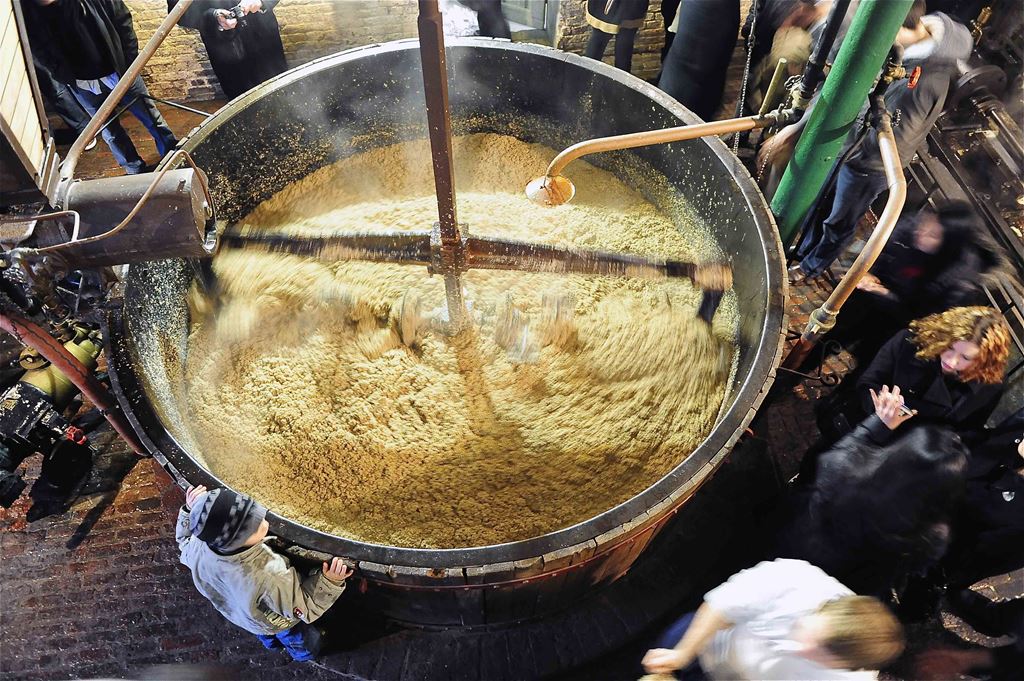 Even without dumbing things down the basics of brewing are fairly easy. You take a quantity of some kind of starch, usually grain, mix it with water and if conditions are right it will ferment and form a primitive sort of beer, and that is all there is to it.

Today it is all a bit more scientific of course, but the principle is the same. The starch you choose is crucial to determining the strength and flavour of the beer.

A brewers’ yeast is generally added to the water and starch mix to aid the fermentation process which produces the alcohol. Flavourings, such as hops, are also added to give character to the brew.

Although there are plans to set up a massive new beer museum in Belgium there are also several smaller ones where you can learn more about beer and the brewing process. You can also visit the one in the basement of the Brewers' House located on the Brussels' Grand Place. 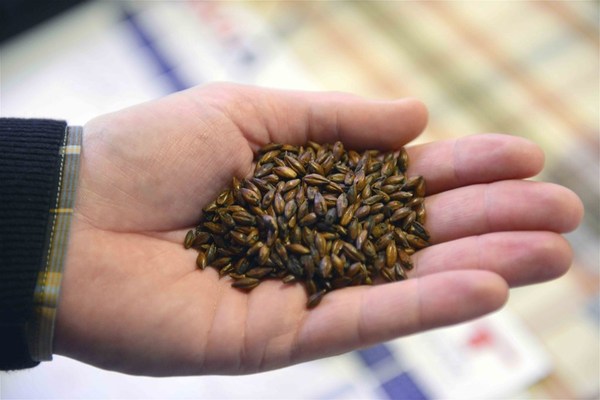 The basic ingredient of beer is water and the different mineral components in the water will affect the type of beer produced, which is why beers have such strong regional characteristics. The primary starch source is usually a malted grain.

The malting process involves soaking the grain in water and allowing germination to begin, before drying it and heating it up. This process produces enzymes that allow starches to be converted into fermentable sugars during the later mashing process.

Variations in the time and temperature of the malting process produce different colours of malt, with darker malts producing darker beers.

A secondary starch source called an adjunct - maize, rice or sugar for example - can also be used. Generally speaking the adjunct is whatever comes to hand and it usually varies according to location. In Africa millet, sorghum and cassava root are very popular secondary starch sources, while potatoes are used in Brazil and agave cactus in Mexico. In recent years some brewers have produced gluten-free beers for people who have trouble digesting wheat, barley or rye.

These gluten-free beers use sorghum as a substitute for traditional malt. Hops are an important ingredient of most beers. They had been used since Roman times in medicine and cooking, but they didn’t come into widespread use in brewing until the 13th century. Before that time all sorts of flavourings were used.

Plants such as yarrow, wild rosemary and bog myrtle were common, as were juniper berries, aniseed and ginger, a mixture known as gruit.

These were used in the same way that hops are today. In fact a very small number of beers still use gruit as flavouring, particularly in Belgium.

Before the 16th century, when hops finally took over as the dominant flavouring, beer flavoured with gruit was known as ale. Only brews flavoured with hops could be called beer. 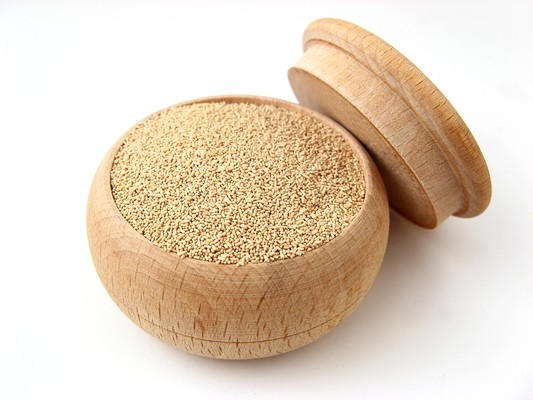 Yeast plays an important role in the brewing process. It metabolises the sugars extracted from the grains, producing alcohol and carbon dioxide, thus converting the liquid known as wort, into beer.

Before the science of yeast fermentation was understood, breweries had to rely on wild or airborne yeasts. Even today a few beers, such as Belgian lambiek and gueuze rely on this method of fermentation.

In the late 19th century a Danish biochemist employed by the Carlsberg Laboratory developed some pure yeast cultures which first saw service in 1883. Pure yeast strains are now the main fermenting source worldwide.

Traditionally beer was always cloudy, although consumers often weren’t that keen. For this reason most brewers now add some form of clarifying agent known as finings. Examples of finings include isinglass, gelatine, some types of seaweed, or an artificial clarifying agent. 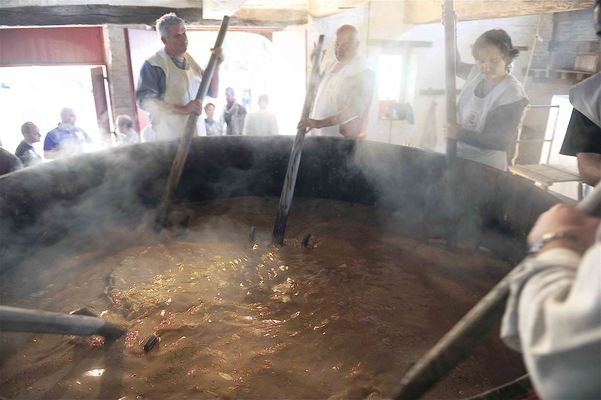 While much of the present day commercial brewing process follows traditional lines, the need for product consistency has made some very precise procedures necessary. It all begins with the malting of the barley. First, the barley grains are steeped for two or three days.

Steeping is the alternate moistening and drying of the grains to prepare them for germination. The moistened barley is then laid out on the floor at roughly room temperature for between four and six days.

This stage is brought to an abrupt halt by raising the temperature to about 65ºC in a process known as 'kilning'. The temperature and duration of the kilning will determine the colour and flavour of the malt and consequently the beer.

Once this is all done, the grains are malted. The malted grains are then mashed. First the grains are crushed before being poured into a large vessel - the mash tun - with hot water at 55ºC. In Belgium a mix of different types of malt is generally used, sometimes using wheat, wheat malt or other cereals. The temperature is gradually raised to about 75ºC to activate the enzymes that will convert the starch into sugars and the proteins into amino acids. The resultant mash is then filtered through the malt husks that have settled at the bottom of the mash tun.

This process is known as 'lautering' and the resulting liquid is now known as wort. The residual grain is no longer needed and is generally used for animal feed.

The wort goes into a large tank known as 'a copper' where it is boiled with hops or whatever else is being used to flavour the finished beer. At this stage many chemical reactions take place and it’s when the brewer can make important decisions about the finished beer’s flavour, colour and aroma. After boiling for a predetermined period, the wort is then rapidly cooled. 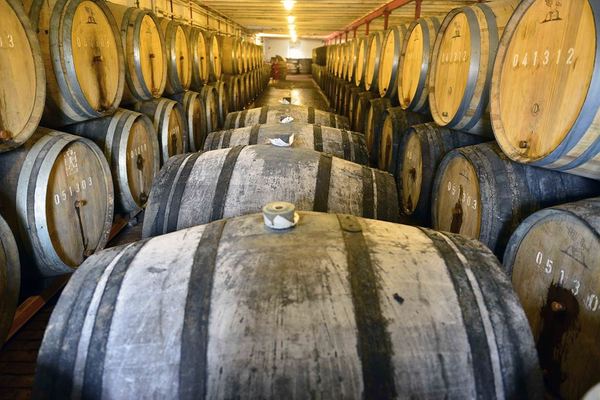 Next comes the fermentation process, when the sugars in the wort are transformed into carbon dioxide and alcohol. There are three types of fermentation involving different strains of yeast. Spontaneous fermentation uses only wild yeasts and other bacteria in the air. No additional yeast is added.

This type of fermentation is traditionally practised in the 'Pajottenland' region of Belgium southwest of Brussels, an area famous for its Lambiek beers.

High or Top Fermentation yeasts are active between 15ºC and 25ºC. During fermentation the yeast floats on the surface, hence 'Top Fermentation'. This is the oldest form of prepared yeast fermentation and the majority of specialist and regional beers are still made this way.

These beers are usually ready to drink about three weeks after the beginning of fermentation, although some brewers will condition them for several months or years.

The Bottom or Low Fermented process was discovered by accident in the 16 th century after beer had been stored in cool caverns for long periods. The process was largely ignored until the Bavarians revived it towards the end of the 19 th century and it was subsequently perfected in Bohemia, before arriving in Belgium. In this process the yeasts perform at their best at temperatures between 6ºC and 10ºC, so it’s necessary to have some means of cooling the wort. Fermentation takes longer and the yeast sinks to the bottom of the vessel.

These beers also take longer to mature, which is why this type of beer acquired the name “lager” from the German word meaning 'to store or keep'.

This clear golden beer rapidly caught on, particularly on mainland Europe where “pils” became almost a staple drink. Today the vast majority of beers are of this type. Obviously production using Bottom Fermentation is far more costly than the simpler Top Fermentation method and many small breweries that couldn’t afford to change to the new brewing process gradually went out of business.

The popularity of lager inevitably led to the growth of large commercial breweries. 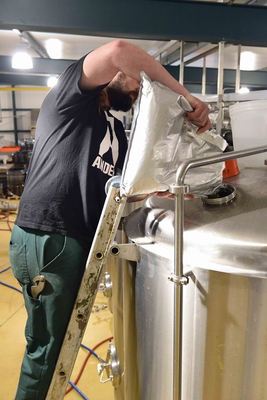 The brewing industry is continuously evolving. Small, medium and large brewers alike are making investments in new brewing halls, filtration equipment, storage and fermentation tanks so they can produce their beers in the most efficient way possible. Much attention is paid to maintaining quality; for example the analysis of samples in the lab, which can be in-house or located elsewhere.

Brewers will discuss these issues with colleagues or seek advice from independent experts as to the choice of hop varieties, the best malt to use and how to go about fermentation.

There is still plenty of innovation going on in the brewing process too. Take the current trend towards beers with a more pronounced hop bitterness, such as the IPAs (India Pale Ale) where, in a process called ‘dry hopping’, an additional quantity of hops is added during storage.

Beers matured on wooden barrels are now also very popular with lovers of this type of aromatic beer. In that case, the brewer will experiment with recycled wine, whisky, bourbon or cognac barrels. The beer, usually quite a strong brew to start off with, will then mature ‘on wood’ for a number of months and will take on the taste and aroma of the drink that used to be stored in the barrel. Finding the right balance is nothing less than an art form. The beer should remain a beer but the taste and aromas absorbed by the wood ought to give real added value.

In the race for the strongest beer, the technique of distillation on ice is used. To explain: the traditional beer yeasts are unable to cope with an alcohol volume above 12 to 13%.

During ice distillation, the beer is frozen and the liquid part – the alcohol – is allowed to re-ferment. This is how brewers achieve an even higher alcohol volume whilst keeping the sensation of a beer with a frothy collar. Purists will argue that this is not a real beer. The term often associated with these is ‘barley wine’. When it comes to getting a Belgian beer education, it's not just about packing in the brewery tou...
Read More
GET LATEST BEER NEWS