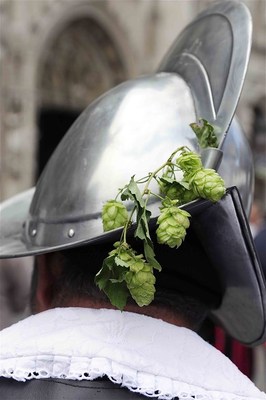 To say that 'beer is to Belgium what wine is to France' is something of an understatement. While Belgium contributes just 1% of global beer production, it brews 10 times more per head than the global average. And though, at around 2 billion litres a year, it's not the biggest brewer in Europe (that top spot being held by Germany), it certainly wins out on the diversity and versatility of its beer culture.

That's something recognised globally. Almost two-thirds of Belgian beer production is destined for export. From that point of view Belgium is undoubtedly the European champion. But what defines Belgian beer culture, making it so unique that it has been recognised as UNESCO World Heritage?

First and foremost, the sheer number and diversity of traditional Belgian beer styles, from abbey beer to lambiek. Belgian Beer Styles have a seemingly endless variety of brewing process, colour, texture, method of fermentation, yeasts used and of course the knowledge and tradition that goes in to brewing them.

In the early 20th century, Belgium had more than 3,000 breweries and well over 200,000 cafés, which meant there was a café for every five houses. Beer consumption at home may have fallen in recent years, but it still remains Belgium's favourite drink. And annual per-person consumption of speciality beers is definitely growing. 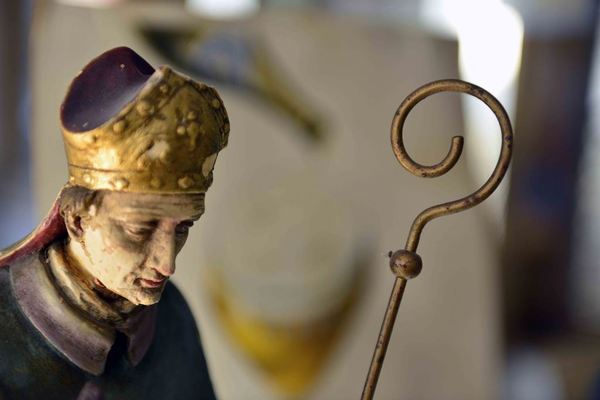 Besides the beers and brewing itself, beer is never far from you in Belgium. There are several beer museums to be found across the country, and It is even said that the 'saint of beer', St. Gambrinus, is buried in the capital, just metres away from the Brewers House. The country has a beer festival almost every week of the year, attracting visitors in their thousands, while clubs of beer fanatics gather in most cities and villages. Plus some of the world's top beer specialists are Belgian.

Brewing in this country also goes back a very long time, with its history politics and religion always being closely interwoven with the changing story of beer.

That's vividly reflected today in the ceremonial Knighthood of the Brewer's Mash Staff, held each year on the Belgian Beer Weekend, which appoints new honorary knights who have proven themselves as true Belgian beer ambassadors.

But let’s travel back in time to the beginning, and take a whirlwind journey through the history of beer in nation of the Belgae. In the Gallo-Roman era (3rd-4th century AD) brewing was very much a woman’s craft. You’ll find remains of villas showing traces of domestic brewing activity in Ronchinne, Anthée and Mette. Until the early Middle Ages, 'gruut' or 'gruit' was a fundamental part of the brewing process.

This was a jealously guarded secret herbal mix which could include myrica, sage, rosemary, achillea, bay, juniper berries, caraway, aniseed and resins, among other ingredients. The secular breweries of the time were in the hands of powerful brewery guilds, but in time many small home breweries sprang up on the banks of rivers and streams.

A steady and close-by water supply was, and still is, essential to the brewing craft. These beers were dark in colour and unfiltered – and the wild yeasting process was often not very well managed.

It was the abbeys and nunneries that helped to take the quality of beer to a higher level. In 974 the German Emperor Otto II granted the first ‘gruitrecht’ (gruit rights) to the small town of Fosses-la-ville. Hops made gradual inroads as brewers discovered that they prevented the beer from going sour and improved its keeping qualities. German abbess Hildegard von Bingen provided a detailed description of the workings of hops in the 12th century.

In the 13th century, the first hopped beers took sail from Bremen to Bruges. Others took different brewing paths. In and around Brussels, in the 'Pajottenland' region, beers were brewed using wild yeasts, a process particular to the valley of the Zenne. This gave rise to the regional geuze beers and other fruity varieties such as 'kriek'.

As in the rest of Europe, beer was seen as a healthy alternative to drinking water, which was often of suspect quality. It’s estimated that daily beer consumption in medieval Europe reached as much as a staggering one-and-a-half litres per person (!).

During the reign of Joseph II (1783-1787) – and later under Napoleon – the majority of abbeys and nunneries were abolished and thus, the brewing cauldrons disappeared. Nowadays you only find authentic brewing monks within the Trappist orders, of which the majority are found in Belgium (6 out of 9 worldwide). In contrast to abbey beers, Trappist beers are only brewed within the walls of the abbey. 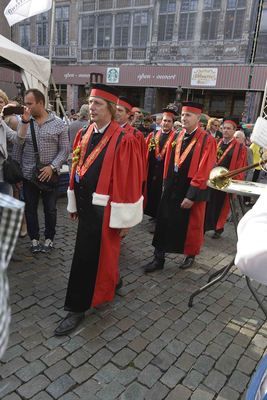 The second half of the 19th century saw a vicious battle between Catholics and anti-Catholics for the mayoral position in several Belgian towns and villages. In many of these places, brewing was the main economic activity and the brewer was also the mayor. This battle for political power often led to many villages having two brewers: one catholic, one anti-catholic.

This interaction between politics and brewing is unknown anywhere else in the world, and helps explains the success of small, family-owned breweries, and the high craftsmanship of Belgian brewers.

Small settlements with only a few hundred inhabitants commonly had the choice of as many as ten beers. So there was little trade in beer between neighbouring villages, as each had its own brewery.

In 1870, French scientist Louis Pasteur managed to isolate beer yeast from the harmful micro-organisms that soured the beer. He came up with a yeast purifying method. Not long afterwards, Danish yeast expert Carl Emil Hansen discovered how to cultivate yeast cells by adding sugar to a specific culture originating from one single cell.

Ever since then it has been possible to brew low, or bottom, fermented pilsners. The definitive breakthrough of low fermentation beer in Belgium did not occur until the end of the 19th century. At the time, Belgians were still drinking around 170 litres of beer each, every year.

Yeast is The Answer 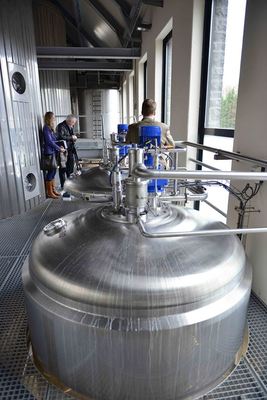 Without yeast there would be no Belgian beer as we know it. In fact, yeasts define Belgium's beer diversity. Some, like lambiek beers, are produced through spontaneous fermentation. Others, especially larger, established breweries, cultivate their own yeasts: these strains represent the brewery’s signature.

So the worst thing that can happen to a brewer is for his yeast to be contaminated. For this reason, the yeast cultures are maintained carefully, away from the brewery at universities and other places.

Many techniques are available to the brewer. Young beer is sometimes ‘cut’ or mixed with an older beer; the brewer can also add sugar, honey or caramel; in addition to malt he can use unmalted oats, wheat, spelt or buckwheat; he can add various types of fruits and herbs such as coriander, cumin or star anise...

Great importance is also attached to the brewers’ signature: brewers may be artisans but they're also a tad artistic. Some adhere strictly to the existing Belgian beer styles, others interpret them a bit more loosely, or are prepared to leave the well-trodden path entirely – and so new styles are born. The character of beers – such as the very traditional agricultural saison – are strongly determined by specific yeasts. Use different ones, and the resulting beer will certainly taste differently. High fermentation beers will start the fermentation process at relatively high temperatures, producing fruity and herbal aromas.

In general, with Belgian beers, the emphasis is on malt rather than hops. Take the wort, add a Belgian yeast strain, ferment, and you could say you have a ‘Belgian’ beer.

In-bottle refermentation, though, is real national characteristic – producing rich sparkling specialty beers with a beautiful collar of froth. For this reason, extra yeast and sugar are added before bottling.

The yeast then acts within the bottle and is often found at the bottom (with unfiltered beers) as a veil of remaining yeast. So careful pouring is vital, unless you want to drink the left-over yeast as well. Some brewers will provide you with a special yeast glass to trap it. After all, it's an outstanding vitamin boost.

No Hops no Glory 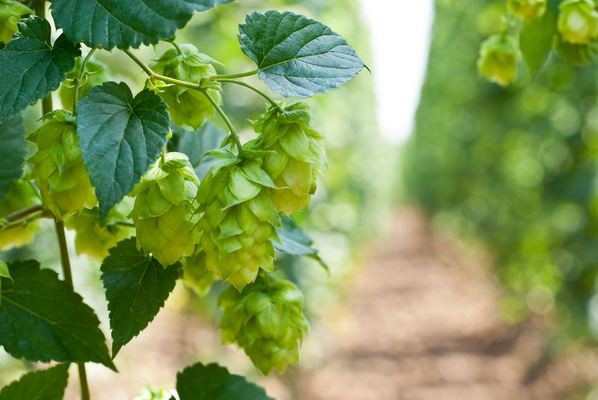 Cultivating hops not only requires a large area of land, but also a fair amount of technical knowledge and expertise. When hops were introduced to Belgian beer centuries ago, monks established extensive hop gardens to meet the high demand for their beer.

So the cultivation of hops in Belgium was once extensive. That's changed. Although the region around Poperinge can be called a hop stronghold, in general home-grown hop-growing is a shadow of its former glory. Nowadays most hops are imported from the US and Eastern European countries.

The varieties of hops generally used in Belgium have an aromatic rather than a pronounced bitter character. You are not likely to come across real ‘hop bombs’, it is more important to have nuances and subtlety of flavour.

The brewers also have a considerable arsenal of malts at their disposal, including heavily roasted caramel and chocolate malts for the dark beers. Candy sugar is added in some cases.

Unlike in Germany, Belgium never saw a beer purity law imposed (the Reinheitsgebot). This means that brewers are not tied to specific ingredients and are free to experiment with herbs and spices, something they love to do. This is where the art of dosage comes in. If you ask the brewers what distinguishes Belgian beer, it won’t be long before they tell you about ‘balance in the glass’.

The great classics like Westmalle tripel make a great example: everything is perfectly balanced – malt, hop bitterness, mild mouth feel... When herbs are used, they should never be allowed to dominate and overpower the overall taste of a beer.

So, when tasting different beer styles you may discover a variety of herbs and spices. White beer often reveals hints of curaçao (orange rind) and coriander. In a 'saison' you can pick up the peppery touches of cardamom. And in the heavy dark beers you can taste liquorice root and star anise.

Beer is Belgium, Belgium is Beer 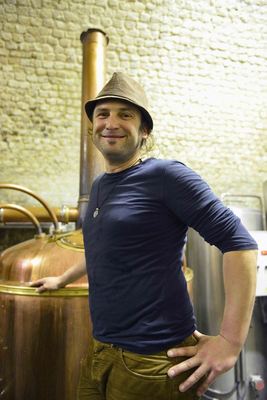 Traditions, and the passing on of trade secrets from father to son, have created a unique Belgian beer culture. After two hugely destructive world wars on its territories, and many years of consolidation in the industry, there are still more than 150 active breweries remaining in Belgium.

The majority of large and medium sized breweries have joined the Federation of Brewers. But there are also dozens of hobby and micro brewers who usually operate on a local level. Many of these manage to do quite well, these days, thanks to the possibilities offered by the export of Belgian beers.

But we’re talking about more than just the beer. Belgian beer culture has given birth to a refined beer cuisine. Restaurants now offer a wide choice of beers, use beer in their dishes and serve carefully selected beers with the meal - beer pairing is on a par with the science of selecting wine to accompany your food.

You’ll not only be able to experiment endlessly when tasting, but also find out which beer you prefer to have with your starter; which with a particular Belgian cheese; or which to accompany the main course or dessert. In this, Belgian beers are again somewhat unique. They make for the ideal accompaniment because they come in such a wide range and offer subtle – rarely overpowering – aromas and tastes; Gourmets, you have been warned!