Many of the natural beauty of Belgium is easily accessible and well equipped; you’ll find car parks, cafes and even places to stay. Officially recognised nature reserves and parks are well sign-posted and marked on your maps but you’ll also find much to admire in Belgium’s open countryside.

Most of the forests are in the famous Ardenne region in Wallonia, while the typical landscape of Flanders is heath, woodland and the coastal region with its polders and dunes .

A complete list of Belgian nature areas would go on for pages as they number in the hundreds, so here are just a couple of the largest and most representative ones you really shouldn’t miss out on.

Wen visiting Belgium's reserves and parks, keep in mind that in contrary to many other European countries on-site camping in the wild isn't allowed.

More about the nature and geography of Belgium on our Geography and Nature & Wildlife pages. 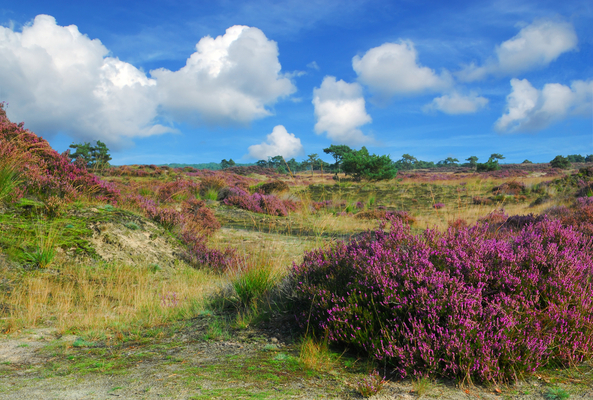 Limburg has claims to be the greenest of Flanders’ provinces with three separate national parks. Of these, the Hoge Kempen National Park is the largest
with an area of around 22 square miles (5,700 hectares) stretching across six districts: Dilsen-Stokkem, Zutendaal, Maasmechelen, Lanaken, As and Genk.

The park was established in March 2006 and is the largest area of forest in Flanders. The many slag heaps stand as silent witness to the area’s past as a coal mining area.

Once the mines closed, the area was in need of some economic assistance and funding was found to create a National Park to bring tourists in.

In the National Park you’ll find extensive pine forests and heath land coloured with wonderful purple flowering heather. Former gravel pits have also been transformed into large artificial lakes. It’s a fairly flat landscape and views from the high spots, which rise above 100 metres, are marvellous.

The Hoge Kempen are home to more than 6,000 species of fauna and flora. Deer here are very common and buzzards, falcons and hawks swoop amid the trees. Nightjars, smooth snakes and insects including grasshoppers, lion ants, and European bee wolves are all to be found here.

The park has five gateways through which visitors are encouraged to enter. Each has a visitor centre, parking, a hotel and plenty of places to eat and be entertained. Each gate is themed and offers a different view of the park.

The park is perfect for walking, cycling and horse riding. Park rangers give tours for groups of up to 25.

The Valleys of the Burdinale and the Mehaigne 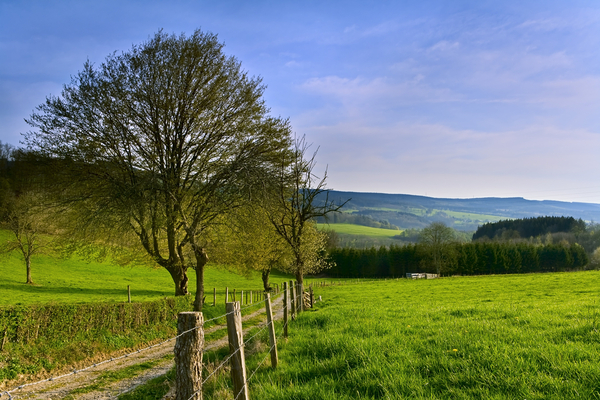 The Valleys of the Burdinale and Mehaigne National Park encompasses 42 square miles or 11,000 hectares in Wallonia. It’s roughly triangular in shape with the two bottom points marked by the towns of Huy and Andenne, which sit seven miles apart on the River Meuse.

The top of the triangle is at Hannut, 15 miles to the northwest. The park is named for the two rivers: the Burdinale and Mehaigne.

Amongst its many natural attractions are no less than 22 beautiful and authentic village communities.

Each of the two rivers has its own character, which gives the park a great variety of breathtaking landscapes. There are forest ecosystems, marshes and meadows as the valleys open out.

Along with much natural splendour, the area is dotted with picturesque farms, watermills and castles amidst a rich cultural and architectural mix.

With its great variety, the Burdinale and Mehaigne Park is the perfect base for a holiday, particularly if you love rural charm, heritage and great natural beauty.

Geograpically situated In the fertile Haspengouw-region or Hesbay, this is Belgium’s orchard (look out for cider) and nothing less than a cyclist’s dream. 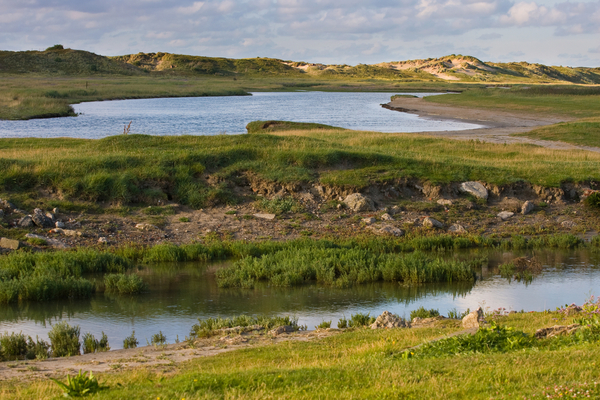 The Zwin estuary gave the medieval cities of Bruges and Damme their gateway to the sea and great commercial power until it silted up in the 15th Century. Historically this beautiful area always had a great commercial and strategic value.

As it doesn't show one would never expect t'Zwin to have some violent and historical links with the past, but then again, this still is Belgium.

England, France, Spain and Holland have fought sea battles here. The Germans used it, more recently, as part of their infamous Atlantik Wall to defend their Fortress Europe during World War II. It was certainly beautiful enough for royalty; King Leopold III built a beautiful holiday villa here in 1934 at which he regurarly spent time. In 1953 the great flood or “Watersnood” caused great damage in Belgium and Holland.

In the aftermath small artificial islands were constructed as flood defences. These also happened to make it a perfect breeding ground for the many sea birds that make it famous. A lot of work has been done since 1953 to keep the local population safe from floods, but the sea still comes in with the two highest tides.

Today, t’ Zwin is a landscape of marshes and dunes. Large areas aren’t open to the public, but what is provides outstanding walking and world class bird watching.

The visitor’s centre, which will be revamped soon, features an educational exhibit on Belgium’s ornithology. The reserve is still an important centre for scientific research and each autumn it’s a major resting place migratory birds on their way to Africa.

T’ Zwin is famous for the storks which are found all over the reserve and whose daily 3pm feeding is a major attraction.

Guided and themed walks are available on request in most languages to groups as well as individuals .

The park is easily accessible by car or public transport; there are plenty of places to eat and a gift shop for that souvenir to remember your trip.

Closed on Mondays except during school holidays and on bank holidays. 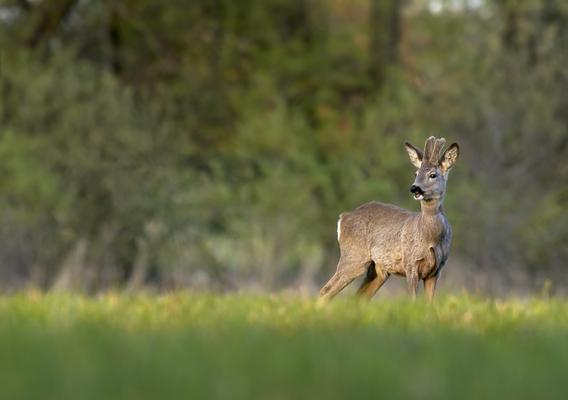 The largest and oldest of all the Belgian forests is only minutes away from the bustling centre of Brussels, which is easy to forget once you’re wandering these tranquil woodlands. From the Iron Ages to the reign of Charlemagne the Sonian Forest was, foraged and harvested for food, shelter and timber for the construction of houses and ships.

Its current name is derived from the river Zenne which used to meander through the forest and dates back to the dark ages.

Today the Sonian Forest covers almost 5,000 hectares or 12,350 acres and is thought to be a remnant of the vast ancient Silva Carbonaria or Charcoal Forest which in Roman times stretched from the banks of the river Rhine to the shores of the North Sea.

Close to 80% of the woodlands are beech, many of them more than 200 years old. This monoculture is down to the forest’s productive past; as trees were taken out they were replaced with beech.

Although these old, majestic Beeches create an impressive cathedral effect, efforts to increase the biodiversity of the forest are now being made and future generations will enjoy a more naturally balanced beech-oak forest. Several species, like the brown bear, wolf, and badger have now disappeared but the Sonian Forest is still a rich wildlife habitat. In fact, the biodiversity is increasing: foxes and wild boar have come back after years of absence.

Parts of the Sonian Forest are certified with the international FSC-label awarded by the Forest Stewardship Council for durable forest management.

Another break in the Beech cover can be found in Arboretum of Groenendaal, established by King Leopold II in 1897.

Here you’ll find more than 400 different, mainly exotic, tree and shrub species which make a superb backdrop for a short nature walk. There is also a forest museum, plenty of hiking and cycling trails to enjoy and with the city so close, there are also enough car parks and bike rental stations around. 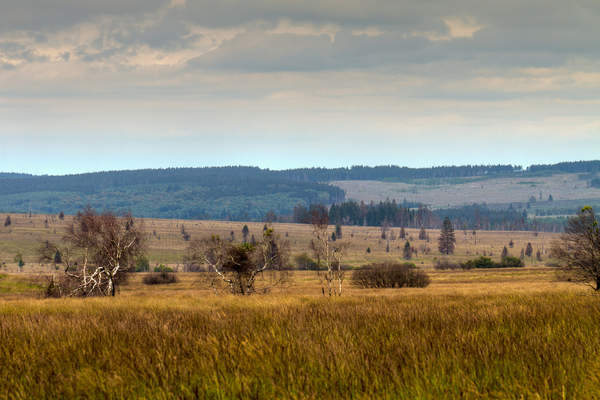 Part of the Ardenne and situated in both the Walloon province of Liège and the German Eifel region this is without doubt one of Belgium’s most precious and well-preserved nature reserves. In total, the park covers a massive 2,500 km2 (965 square miles) and crosses borders into the German states of Nordrhein-Westfalen and Rheinland-Pfalz.

It is a raised bog and heath environment dating back to the last Ice Age around 7,500 years ago. While the park was largely wooded until the Middle Ages it is now an open landscape consisting mainly of moorland, peat bogs and low grass- or wood covered hills.

Among the Belgian nature reserves, the High Fens is the most extreme environment and also the most vulnerable.

The sub-alpine climate means it is the wettest and coldest area of Belgium and it boasts the country’s highest point at Signal de Botrange (694 meters/2.276 feet above sea-level). The area is frequently shrouded in mist and low cloud giving it a mystical and mysterious atmosphere.

In summer, forest fires are a constant threat and during drought periods much of the fens are off limits to visitors.

In 2011 there was a huge fire which destroyed about a 1,000 hectares, it will take years for the area to fully recover.

The original vegetation of oak, beech and birch has largely been replaced by heather supplemented with pine and spruce firs. The bio-diversity and richness of the region’s fauna and flora is now amazing.

The heather and fenland plant life is rare and diverse, much of it is normally confined to mountainous and more northerly climates. The common sundew, wolf’s foot club moss, bog cranberry and arctic starflower, which is the park’s official symbol, are just some of the species that thrive in the high fens.

Mammals like wild boar, deer and roe deer are found in their thousands. Other fauna includes the endangered black grouse, wildcats, martens and, according to some reports, even lynxes.

The area is popular with visitors all year round; in the winter it’s a cross country skiing paradise.

Hiking and cycling are also very popular with several routes around the park. By Belgian standards the area is remote and not easily reached by public transport.