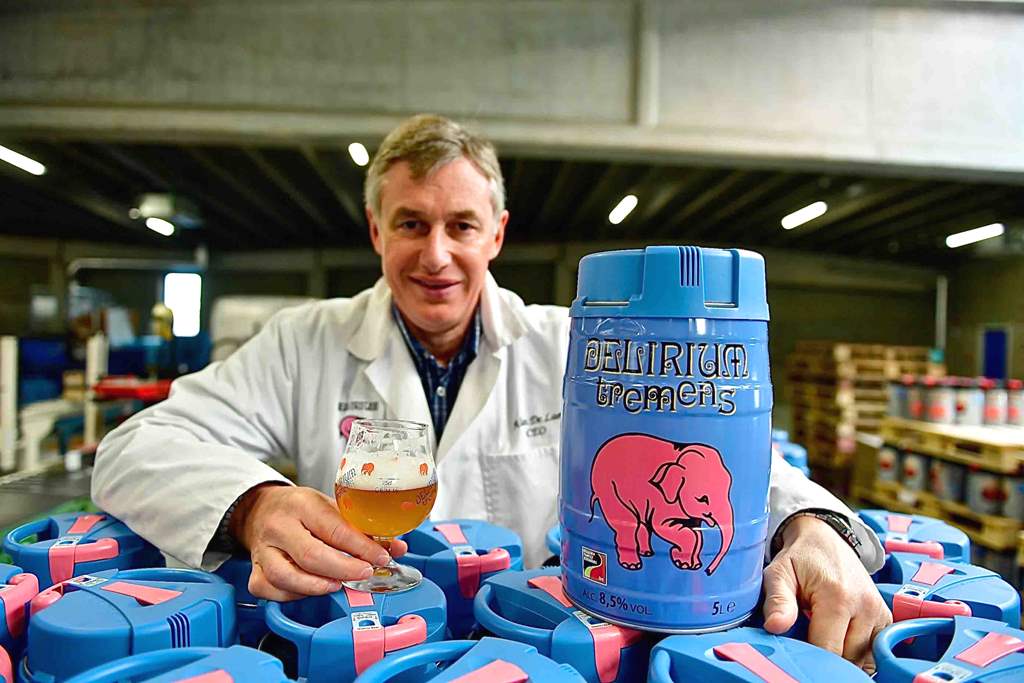 MELLE - Alain De Laet, CEO and owner of Brouwerij Huyghe, is a firm believer in the power of the Belgian beer brand around the world. The success of the brewery speaks for itself, with Huyghe beers now for sale in 93 countries. And Belgian beer culture itself was recently recognised as an item of intangible world heritage by UNESCO, which is a great support to the cause.

It seems that consumers around the globe are thirsty for something other than pils these days and the demand for specialty beers is going through the roof. People want to discover, experience, and explore new and different beer tastes and are willing to pay a bit more to get them.

This trend also explains the rise of microbreweries, particularly in the USA but in many other countries as well. “In the USA, consumers now prefer local beers that result from a lot of experimenting,” Alain says.

“This is a great opportunity for Belgian brewers, as we work with wild yeasts, maturation on wood, blended beers and so on. This is part of our brewing tradition. Nevertheless, this tradition should not hold us back from innovating where appropriate.” 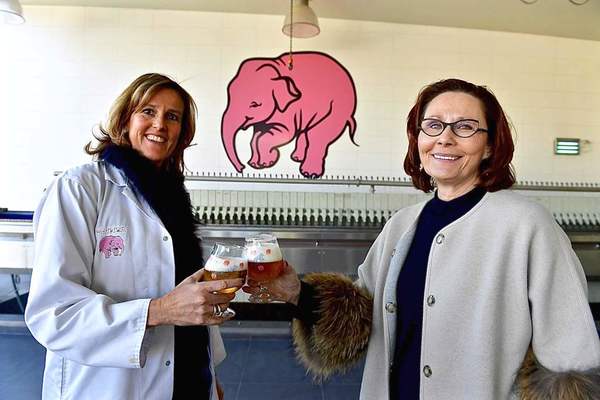 “Up to 2000 we focused on churning out high volumes,” Alain tells us. “In those days, our motto was ‘you ask, we brew’. You may remember our orange pils or our chocolate beer. We were also the first to introduce fruit beers based on white beer.”

More recently, the focus has shifted towards the core brands: Delirium, La Guillotine, Averbode and Mongozo.

Huyghe has continued to make investments in production equipment – including a high-tech brewhall established in 2012 – and to improve the quality of their beers.

Recent additions to the range include two abbey beers: Averbode and Momentum. Momentum is brewed by the brand new microbrewery located in the grounds of Averbode Abbey. In the brewhall there, women prove themselves the equals of men, and Deliria is billed as the beer ‘brewed by women’.

The Delirium range also includes Delirium Red and Argentum, and exports to France, Canada and China are growing at an explosive rate. Delirium’s ‘crafty look’ – goes down well, particularly in the USA. It is a strong international brand that is just that little bit different from traditional Belgian specialty beers.

Not only does Huyghe produce quality beers, they know that a modern brewer has to come with a good story and a drinking experience to match. This experience is offered by 18 Delirium Cafés around the globe. “They are an important calling card for our beers,” Alain explains. “Huyghe beers are always served from the tap. And it is a way of promoting Belgian beers more generally. The menu at the Delirium Café in Brussels lists over 3,000 beers, with over half of them from Belgium.” 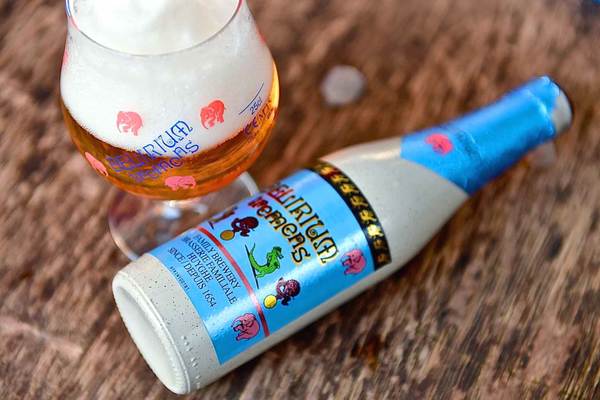 Delirium Cafés are dotted around the world, including in Japan, Brazil, France, the Netherlands, Portugal, Italy and Belgium. Wherever you are, a Delirium Café will give you a typically Belgian café setting with walls covered in vintage enamel signs and other beer merchandise. Wooden barrels and crates line the walls.

“We are proud of our tradition but, at the same time, it should not hold us back from launching innovative products,” says Alain. “For example, Delirium Tremens arrived more or less out of the blue, while the Pink Elephant has grown into our flagship beer.”

Brouwerij Huyghe creates beers that add value for drinkers rather than going for a growth in volume as a goal in itself. This is why the brewery cuts down on its extensive range from time to time.

“We can see huge export possibilities for Belgian beers over the next few years,” Alain De Laet assures us. He knows what he is talking about: Huyghe employs 15 people in its export division.

The new book "The success story of Brewery Huyghe" (Lannoo, 2016) describes every beer that comes out of this impressive brewery. It also includes ten recipes with beer pairings to enjoy with them. And Alain De Laet explains his vision, and you will learn about the history of the Pink Elephant from the beginning up to the modern day.

The book is available in French, English and Dutch via book shops across Flanders and as well as the brewery and will also be released abroad in the coming weeks.

Update: The English version of Delirium Tremens - The success story of Brewery Huyghe is now available from Book Depository with free worldwide delivery.

For any more details about book availability please contact the brewery. #drinkpink