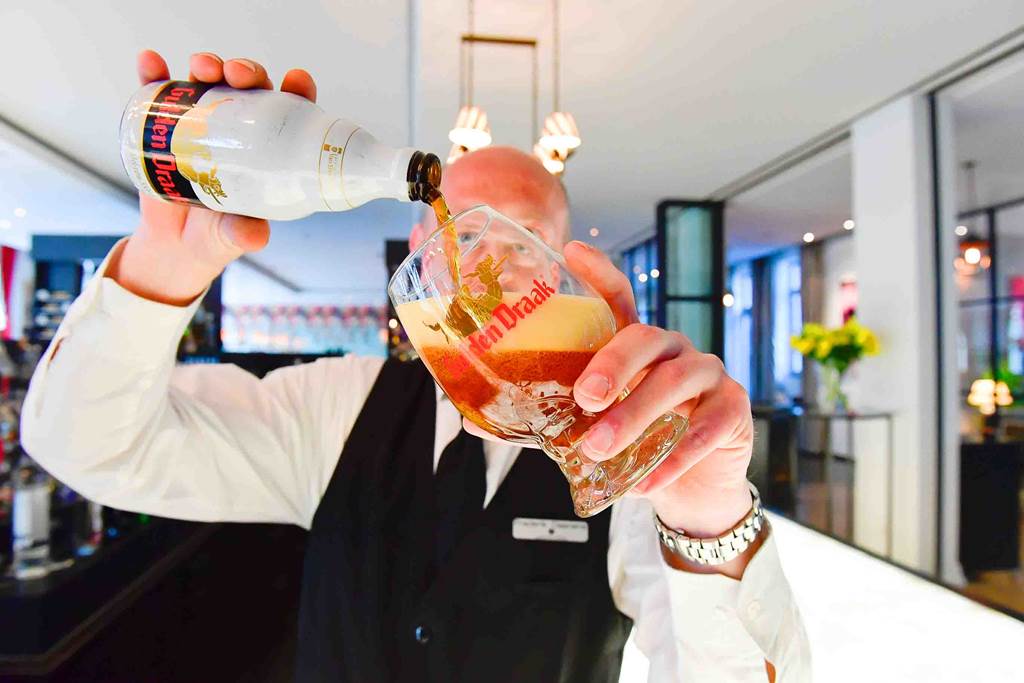 ERTVELDE - To track down a brewer within his own domain is a high-ranking form of sports, or that’s the impression I get. After a bit of practice I spot Jef Versele, CEO of the Van Steenberge brewery, well hidden amongst a forest of cold storage tanks. It’s not hard to see why he is in this particular area. “We have made considerable investments in quality,” he explains. “To the tune of 13 million euros for the cold block; we also spent 5 million euros on the bottling plant and one million euros on water management...”

I am impressed by the face-lift but Jef is modesty personified. “My grandfather was a real visionary,” he remembers. “In 1997, two years before I started working at the brewery, he installed a brewing hall with a capacity of 240,000hl. At the time, our annual output only just reached 40,000hl. You only do something like this if you have complete faith in your own product.”

Jef represents the sixth generation of this brewing family. Their Augustijn, Gulden Draak and Piraat beers have all proved themselves over time. Nine-day wonders are not what this family business is about. “Above all, we want our beers to be pure and balanced in the glass,” Jef Versele explains. “It takes a lot of work to get that far. Brewing is not an exact science. You pick it up as you go along and it takes years to hone your knowledge. Our beers are far more consistent now compared to when I started out. Grandad introduced re-fermentation in 1981 so our beers could be stored for longer. We have continued to spend money on quality control, which also helped to reduce the impact of oxygen. We are also now brewing in a more sustainable way. We have reduced our water usage and on the whole, we waste far less beer.” 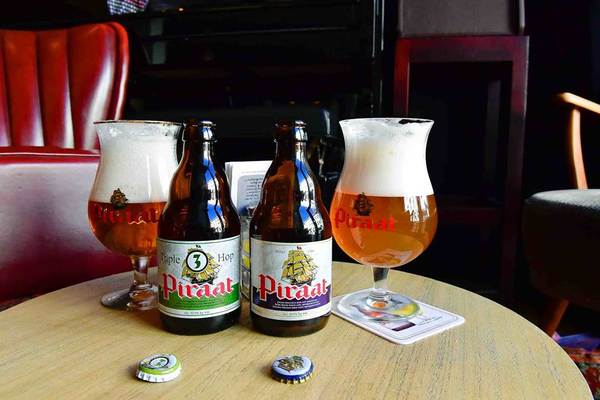 What is this brewer’s opinion on the trend for ‘craft brewing’? Jef feels it’s great that beer is now taking its place in the spotlight. Spurred on by the craft movement, brewers have become more innovative and may even brew ‘out of the box’ from time to time. Nevertheless, the Van Steenberge approach could not be more different.

“Our beers are brewed with six different yeasts, all cultivated by us on the premises,” Jef Versele explains. “We have complete control of the fermentation and re-fermentation process. The yeasty aromas form an important part of the soul of our beers. The ‘craft brewers’ tend to use dry yeast bought in from other suppliers. This means that they have a tendency to add additional herbs or to ‘dry hop’ and consequently, this often results in extreme beers that lack balance. In the world of craft beers, the brewer is the star. With us, it’s the beer that shines.

It may not come as a surprise that Belgians are fond of their own favourite beers and brands. They know them inside out and if anything is different from what they’re used to, the brewer will get to hear about it!” Also, the brewer is her or his own worst critic. If they launch a new beer, the (7.5% ABV) Fourchette for example, it must enrich the beer style to which it belongs. Fourchette is an unfiltered, zesty triple developed with gastronomy in mind. Jef is not just inventing new concoctions willy-nilly. “We specialise in top-fermented beers and are confident that there is a great future for strong beers, like our new Gulden Draak Imperial Stout,” he clarifies. 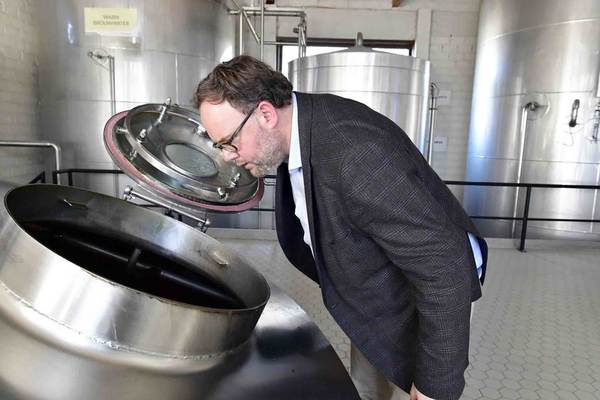 Brouwerij Van Steenberge has an annual output of 150,000 hectolitres. Quite a considerable volume, 85% of which is destined for foreign shores. The beers from Van Steenberge find their way to 68 countries, including and especially Italy, Spain, France, the Netherlands and the USA. The brewery has 43 employees, 18 of whom are on the production side.

“We are too large for the small ones and too small for the large ones,” the brewer sums it up. The Van Steenberge beers have never been so popular. Abroad, they are considered a luxury item; in their own country the beers are viewed as a social lubricant, a drink that brings people together and relaxes them.

The identity of this beer brand has strengthened over time. “In some hipster bars, you may come across a ‘mystery keg’ from time to time, produced by a mystery brewer. That is unlikely to happen to us any time soon,” Jef Versele smiles.

The success of this brewery is firmly grounded in its consistent quality and strong history, but the odd story told by a bar stool raconteur does no harm to the brand. “They will never take our history away from us,” the brewer assures us. He concludes by saying that, as a brewer, you have to love your own product. “And above all, don’t call this a factory, it’s a brewery!” is his parting shot, said with great pride. For true beer lovers, there is nothing quite like a Belgian Trappist beer. But what exactly is a ...
Read More
GET LATEST BEER NEWS