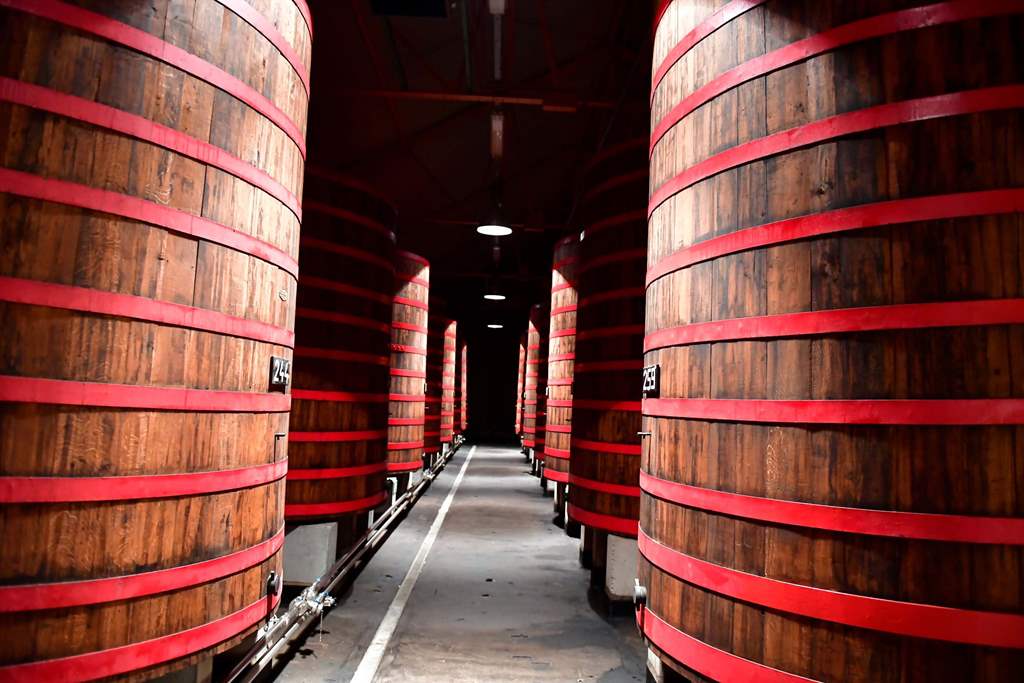 The Rodenbach Brewery, which was founded by Pedro Rodenbach and his wife, Regina Wauters, a rich brewer’s daughter, dates back to 1836. Their son, Edward Rodenbach, took over the reins in 1864 and initiated a programme of building and expansion.

His son, Eugène, took over as manager in 1878. After training in England, Eugène introduced the oak foeders (giant barrels) that provide Rodenbach beers with their special character.

He studied the vinification of beer and optimised the maturation process.

Eugène died in 1889 and the brewery passed into the hands of his daughters and granddaughters, the family name living on through the limited company they founded. Rodenbach was acquired by Palm Belgian Craft Brewers in 1989. In 2016 Palm was in turn acquired by Swinkels Family Brewers.

The buildings and foeder chambers were restored and the visitor centre was inaugurated in 2000.

The new brewhall was up and working two years later. This new set-up is capable of processing 25,000 litres a time, 12 times a day. The vintage brewhall, the storage chambers dating back to 1864 and the ast, the tower used for drying out the malt that dates back to 1872, are now a protected industrial heritage site.

The world-famous foeder rooms with their 294 vertical foeders, some of which date back 150 years have all been declared industrial heritage.

Today Rodenbach brew a wide selection of speciality beers, the "classic" Rodenbach, a blend of three-quarters young and one-quarter older beer that has matured on oak for two years remains their flagship beer.

Last but not least the refreshing and light Rodenbach Rosso, matured with full-bodied berry fruits was added to the family in 2014.

The typical reddish-brown colour of these beers comes from the usage of coloured barley malt, all of them are also produced using mixed-fermentation.

This means that the brewer will blend, or ‘cut’, a young beer with an old, mature, completely fermented beer.

Each red-brown beer represents a unique blend. Every single foeder will mature at its own pace and the beer inside will develop its own flavour. Two years into this process, the cellar master will determine the ideal blend. 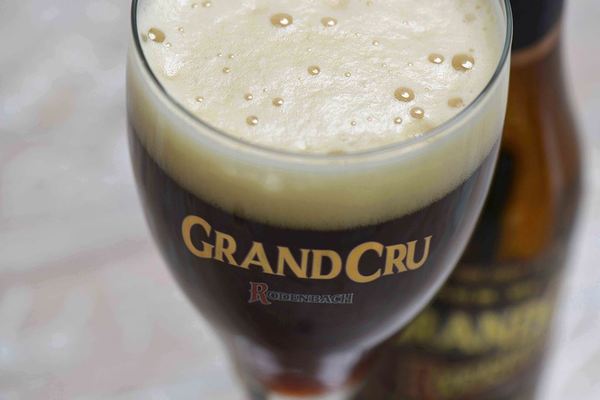 However, a Rodenbach will only acquire its characteristic fruity bouquet after maturating in oak foeders. These foeder barrels are essential to the brewing process.

The brewery’s resident cooper crafts each barrel in the same way it has been done since 1821. No nails or screws are required.

To ‘beer-proof’ the barrel, the cooper fills up the spaces between the staves with reeds. The barrel is only held together by firmly welded iron hoops.

Rodenbach owes its characteristic sweet-and-sour taste to its mixed fermentation process and to the maturation process in oak barrels, developed in days gone by to extend the beer’s storage life.

It was a regional custom to allow part of the beer to turn sour in oak barrels.

This soured beer would then be added to young, newly brewed beer. Rodenbach is not dissimilar to wine and it is no coincidence that both have an acidity of 3.5pH. At Rodenbach, the hop bitterness lies below the taste threshold.

Hops are used in the brewing process, but only to provide a stable head of froth, they will never dominate the taste.

Its fruity character comes from the wood-matured beer.

Rodenbach is crafted with one-quarter old, mature beer and three-quarters young beer. The beer will mature on oak before re-fermenting in the bottle. 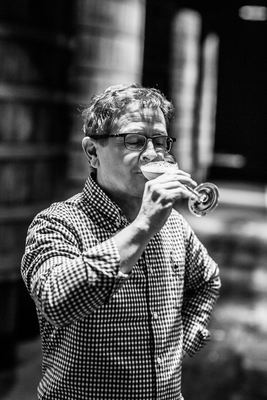 Rodenbach plays an important role in Belgian history. The tale of this emigré German family makes for a captivating, page-turning story with many colourful characters: it is a story populated by soldiers, entrepreneurs, politicians, writers, revolutionaries and brewers.

Pedro Rodenbach joined Napoleon’s army and set off for Russia. In later years he took part in the Belgian revolution that would lead to independence in 1830.

When the country of Belgium was founded, three Rodenbachs contributed to the wording of the constitution.

The National Anthem of Belgium, the Brabançonne, was penned by Constantijn Rodenbach.

Eugène, who died in 1889, was the last member of the Rodenbach family in charge of the brewery.

In 1998 Jan Toye, the owner of Palm Belgian Craft Brewers, took over the brewery which, by then, was ailing.

Site manager, Rudi Ghequire, is the current brewmaster at Rodenbach’s. He has been instrumental in the protection of Flemish red-brown beers that are characteristic of the Roeselare and Kortrijk regions. These are mixed-fermentation beers. 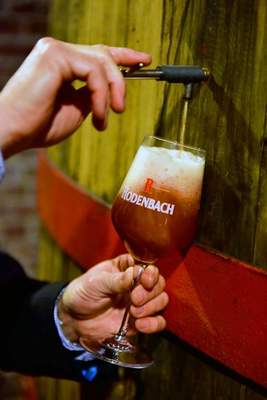 A Rodenbach brewery tour is a journey through centuries of brewing history. At Rodenbach’s, you are shown the hi-tech brewing equipment as well as a chunk of industrial archaeology: the original malting tower or moutast, an authentic steam-driven kettle and much more.

The tour follows a circuit with points of interest marked out along the route, allowing you to keep track of every stage of the brewing process.

Each foeder lets just the right amount of oxygen in to allow the micro-organisms present in the wood to convert the organic acids into fruity esters.

The size of the barrel determines the length of the maturation period.

During the tour you will discover that Flemish red-brown beers go all the way back to the early Middle Ages.

The hop plant had not yet reached Belgium and beer was brewed using a herbal mixture called gruut. Experience taught brewers that sour beer – with lactic and ascetic acids – keeps longer.

This gave rise to the tradition of deliberately souring beers by cutting a young, fermented beer with an old, mature beer.

Brewery tours around the Rodenbach brewery are only available to groups of 15 people and above. These usually take place from Monday until Thursday. For more details or to book your visit please go to this page. 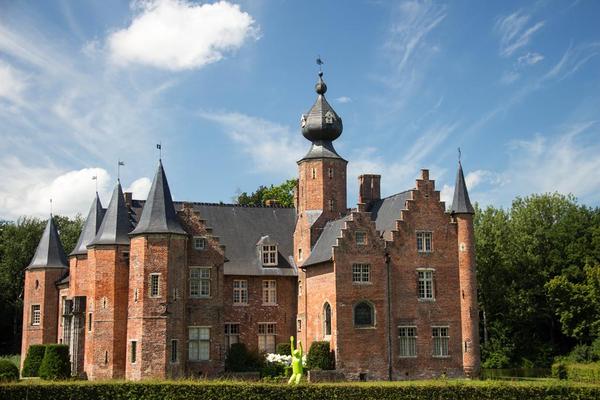 There is plenty to see and do in the former textile city of Roeselare. The oldest sections of the Town Hall are built in the style of Louis XV (1769-1770). Pay a visit to the belfry and admire the historic buildings in and around Grote Markt, including the abbey and the school set up by the Franciscan Grey Sisters.

One of the largest church organs in the area can be admired at the Church of St Michael’s. Its bell tower is home to a carillon comprising 49 bells.

If you want to find out more, pay a visit to the Klokkentorenmuseum, the bell tower museum.

The church is also home to the splendidly adorned tomb of the knight, Jan van Kleef.

Analogue cinema comes to life in the Michels Filmmuseum, where you can view hundreds of film projectors, montage tables and cameras used for cinema and photography. Nostalgia fans will be sent into a frenzy by its private cinema, completely kitted out in a retro style.

If you feel the need for some fresh air, we can recommend a stroll in the local park that surrounds the reservoir. Called the Great Basin, this was established to provide water to the local textile factories.

One of the oldest renaissance castles in Belgium, Rumbeke Castle, is near Roeselare. It was expanded in the 18th century in the classical style.

The castle is surrounded by the Sterrebos, a forest planted in the shape of a star with lanes converging towards an arbour, its design inspired by the Viennese Prater. 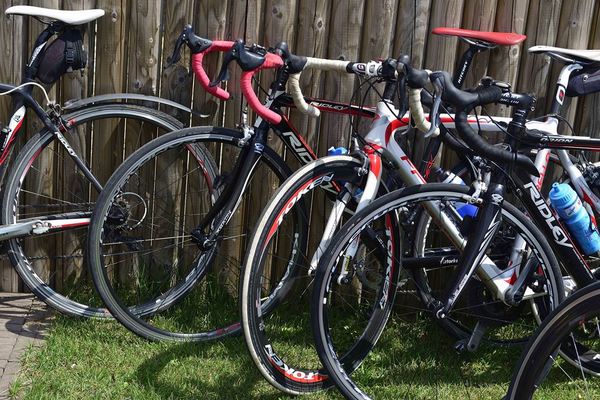 By train, the journey from Brussels takes an 1 hour 45 minutes, and from Ghent, Roeselare can be reached in an hour.

From Roeselare station, you can walk to the brewery in 10 minutes. The bus ride takes 15 minutes.

Cyclists will find plenty to their liking in and around Roeselare. This town was home to cycling gods such as Patrick Sercu, Jean-Pierre Monseré and Freddy Maertens.

Cycling is still very much alive, with classics such as Dwars door Vlaanderen (straight across Flanders) still hotly contested. The Wielermuseum (cycling museum) takes you through local cycling history.

You can also hike around the region using the network of numbered nodes, allowing you to make up your own route. Walking and cycling maps can be obtained from the local tourist offices. 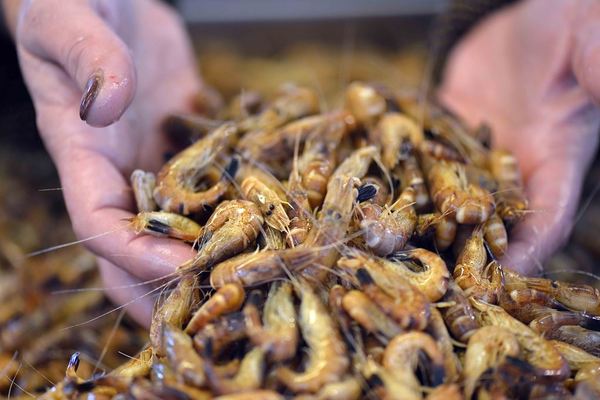 Tradition decrees that shrimps should be served with a sweet-and-sour Rodenbach. The brewer describes the taste of his beer as ‘three-dimensional’: mildly sour, full-mouthed and dry.

Why is this beer so well suited to fish, sea food and crustaceans? Fish has a high protein content. The acids in the beer help to dissolve these proteins.

A beer such as Rodenbach also aids digestion. The acids contained in the beer (ascetic acid and lactic acid) help to tenderise meat.

And why is a Rodenbach a great choice for use in the kitchen?

First and foremost, it is a great-tasting beer. In addition, Rodenbach is a healthy product with a relatively low alcohol content. And last but not least, the acids contained in the beer make for better taste absorption.

Chef Viki Geunes of Antwerp’s two-star restaurant, ‘t Zilte, serves a Rodenbach Vintage with a lobster bouillon with tuna flakes and radish, his gastronomic interpretation of the classic Rodenbach and prawn combination.

This freshly sour beer provides a splendid contrast with the smoky flavour of the fish and the sweetness coming from the lobster.

Chef Viki also prepares a jus to accompany a fillet of roe deer, using the bones of the deer that have been marinated in the beer.

This dish is served with a fennel pudding, Savora mustard and kumquats. The acidity of the beer provides a contrast with the zesty, slightly sweet flavours that form the basis of this dish.

For dessert, the chef suggests a Rodenbach jelly made with dark Belgian chocolate and coffee. Viki Geunes was instrumental in the development of the Rodenbach Caractère Rouge, where fresh fruits are macerated with beer.