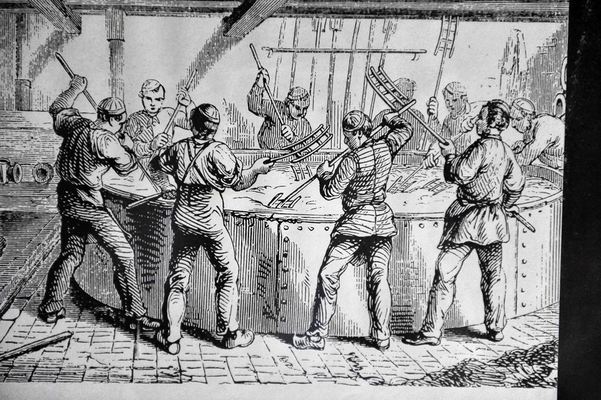 Beer is one of mankind’s oldest beverages. When cereals were first grown for food, thousands of years ago, a fortunate by-product was discovered. When these tasty grains got wet, they would ferment. This process of fermentation had the ability to transform water into a very palatable drink and so the first beer had been discovered.

Nowadays we know for a fact that this transformation is not some dark magic but is caused by the presence of wild yeasts in the air.

Although Belgium is, without doubt, the world’s beer capital, the great drink was not invented in Belgium.

Clay tablets indicate that brewing was a well-respected occupation in what is now Iran more than 7,000 years ago, but it’s thought that beer was already known to the Sumerians and Babylonians some 3,000 years before that. Back then most brewers were even women. Learn all about brewing beer on our Brewing Process page. 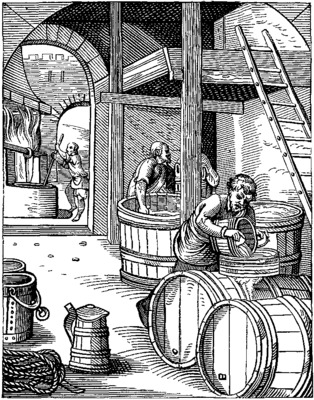 One of the first discoveries of the early brewing industry was that using one container for all your fermentations produced a much more reliable result. The earliest chemically confirmed barley beer dates from between 3500 and 3100 BC and was discovered at Godin Tepe in the Central Zagros Mountains of Iran.

Tablets discovered in Syria dating back to 2500 BC indicate that the city of Elba produced a range of beers. It was quite common for female brewers to double up as priestesses and some beers were specially brewed for religious ceremonies.

Beer was very important in Ancient Egypt and its manufacture was strictly controlled; beer had a privileged role and was used as an offering to the gods. It was also prescribed to treat various illnesses.

There is historical evidence that the Egyptians taught the Greeks how to make beer and it was very popular in both Ancient Greece and Ancient Rome until wine took over as the favoured drink.

One of the reasons for the popularity of alcoholic drinks was the uncertain quality of the water supply. Although people didn’t understand the science, there was a clear indication that drinking water increased the likelihood of contracting diseases like cholera. Sophocles, writing in 450 BC, said that he believed the best diet for the Greeks was: bread, meat, vegetables and beer, but that beer should be drunk in moderation.

The Ancient Greek historian Polybius describes how the Phoenicians made barley wine that they kept in large silver and golden vases known as 'kraters'.

In time beer moved north and west across Europe and by 2,000 years ago brewing was a popular cottage industry in Belgium.

Around the same time the Gaul’s hit on the idea of replacing pottery jars with wooden barrels as brewing and storing vessels. Following the demise of the Roman Empire the church started to step into the void, becoming major land-owners, and as monasteries were established, breweries were set up in every abbey. 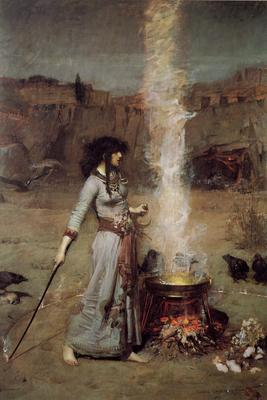 It may be a surprise, but the coming of Christianity saw a tremendous increase in the brewing of beer, largely because monks played such a role in its production. People lived in closed communities, often with a very dubious water supply, and there was a constant risk of illnesses.

The time-honoured exhortation not to drink the water was in fact very sound advice, so beer was drunk instead and in very large quantities. Monks lived pretty frugal lives, particularly during fasting periods, but fortunately for them, consuming liquids did not break their fast.

Saint Benedict, who lived from 480 to 547, is credited as being the father of Western monasticism. His Benedictine rules defined the standards for life in a monastery and were followed widely throughout Europe.

One rule was that monks should provide travellers- with something to eat and drink.

As a result, during the Middle Ages, monasteries everywhere became stopping off places for travellers, who shared the monks’ often meagre food and particularly their robust and sustaining beers. In some parts of West Flanders a glass of beer is still referred to as “gloazen stutjes” (literally translated as “a sandwich in a glass”).

The practice evolved and the monks eventually began to sell the beer in what were rather like medieval pubs – perhaps you should raise a little prayer next time you’re enjoying a beer in your local bar.

In addition to the monastic brewing of beer it was also brewed on a domestic scale.

This was particularly true in Britain after Henry VIII broke away from the Catholic Church and closed most of the country’s monasteries. Today brewing is more of a science than an art, but this was not always the case. For centuries brewers invoked the names of their patron saints to ensure that their brew was good. Often the beer failed to live up to such heavenly standards and a scapegoat had to be found.

Sometimes it was blamed on evil spirits and specifically on “brew witches” or “beer witches”. The last known burning of a beer witch was in the late 1500s.

To add kudos to their product and to create brand loyalty, monasteries often used the name of their respective patron saint and even today, many beers still bear the name of a saint.

Until the 10th Century, when the Vatican stepped in and took control of the process, a saint could be almost anyone. Some of them were legendary, while some were quite frankly fictitious.

As a result there are a large number of Christian saints who became patrons of brewing and brewers. 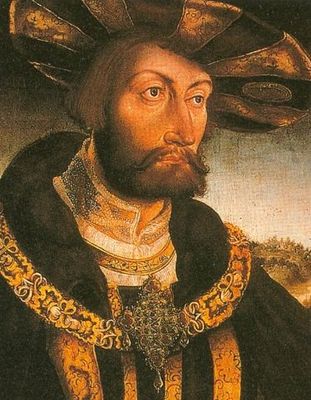 The basic way to make beer is to boil malted barley with water and let it ferment. Sometimes natural yeasts found floating in the air did the vital work but generally yeast was deliberately added to help things along. The resulting mix was usually flavoured with mixtures of various herbs.

One of the problems of early brewing was that beer didn’t keep well; it soon spoiled, so couldn’t be exported or even travel from town to town. This could be overcome to a certain degree by increasing the alcohol content, but that was expensive.

Once the Germans had broken through this barrier they discovered that hopped beer lasted longer, introduced standard barrel sizes started the export trade in beer. These technological leaps meant beer was no longer a small scale cottage industry. Up to 10 skilled and specialist artisans were needed to run a German brewery. By the 14th Century this type of operation had spread through Holland and on to Flanders and Brabant. At this time Brabant was under German control, so the use of hops was a mandatory requirement in the brewing of beer to ensure the purity was up to the required standard.

In 1516 the Duke of Bavaria, William IV, introduced the Reinheitsgebot, or purity law. This was perhaps the first European food regulation and heavily restricted the ingredients of beer to water, barley, hops and nothing else.

Yeast was only added to the list in 1857 after the French Louis Pasteur discovered the germ theory of fermentation. The Reinheitsgebot was a legal requirement for the next 471 years and was added to the German Statute Book after German unification in 1871.

It was only finally repealed in 1987. Although hops were becoming increasingly popular and were insisted on by German brewers. There was actually quite a degree of resistance to using them, especially among religious groups. The French tradition used herbs such as coriander and liquorice, spices such as ginger and fruits such as cherries and raspberries to flavour their brews.

Many monastic brewers in Belgium continued with this practice because they regarded hops as the “fruit of the devil”. 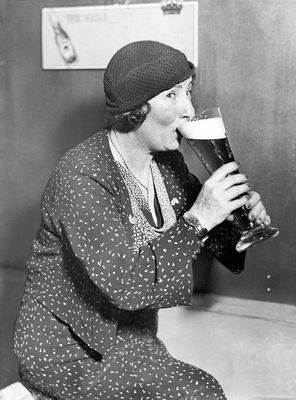 Beer arrived in Europe around 5000 BC. Across Northern Europe you find what could be called the “Beer Belt” which stretches from Ireland in the west, through the United Kingdom, Belgium, the Netherlands, Northern France, Germany and Czechoslovakia into Eastern Europe and Russia.

A fairly moderate climate and soils that are particularly favourable for the growing of cereals, coupled with countless sources of underground water, makes this an ideal region for beer production.

The fact that these mineral water sources all have their own distinctive character and taste has led to the development of an enormous range of different beers throughout Europe. For instance, Dublin has very hard water and this is particularly good for making stout, like Guinness.

Pilsen in the Czech Republic has very soft water, ideal for making pale lager, universally known on the Continent as Pils. The waters of England’s Burton on Trent are rich in gypsum, making them ideal for the brewing of pale ale. In addition, some regions are particularly rich in air-born wild yeasts and these have been used from earliest times to produce beers from spontaneous fermentation. The oldest commercial brewery still in operation is at the Weihenstephan Abbey in Bavaria, where brewing rights were granted by the neighbouring town of Freising in 1040.

By the end of the Middle Ages beer had become one of the most common European drinks and it was consumed daily by every social class in the northern and eastern parts of Europe where grape cultivation was difficult or impossible.

Much modern beer production is now dominated by a handful of multinational companies, but in the countries of the “Beer Belt” there are still many thousands of smaller producers.

In Belgium heavy taxes on French wine gave a great impetus to beer drinking (nowadays it's the other way round). As a result, a hundred years ago there more than 3,000 commercial beer makers in the country.

Set-up costs were fairly low, but transport was expensive, so many small local producers flourished as still are, exporting their beers around the globe.